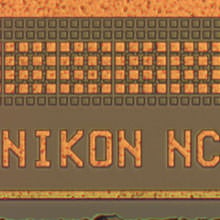 All the way back at the beginning of 2011, Nikon Rumors confirmed that the image sensors in Nikon’s D3, D3s, D700 and D3100 were all designed by the Japanese company itself. And now, a recent teardown of the D3200 by Chipworks shows that Nikon was behind the sensor found inside that camera as well. There has been speculation for a while that Nikon is distancing themselves from Sony sensors, and if rumors of the full-frame D600 sensor being made by Aptina turn out to be true, then the list of Nikon cameras left sporting Sony-designed sensors will be getting pretty short indeed.

The Next Step In the Evolution of Light Painting