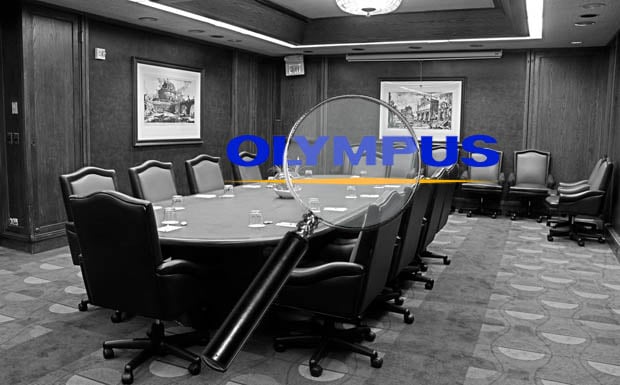 The Olympus scandal that rocked the business world last year was one of the biggest cases of financial fraud ever seen in corporate Japan. The Economist has published an interesting piece on why Japanese capitalism might not learn from the mistake:

At one point Olympus’s shares lost about 80% of their value, yet its institutional shareholders uttered not “one word” of criticism against the company’s board […] For many, the Olympus scandal highlighted the need for more checks and balances. Mr Woodford (pictured), whose angry memoir is to be published this month, likens Japanese boardrooms to “Alice in Wonderland”. They need more assertive shareholders and regulators, and more independent directors, he reckons.

Keidanren, Japan’s big-business lobby, appears to have drawn the opposite conclusion. Olympus had three external directors, a high number for Japan […] The problem, in Keidanren’s view, was too much external scrutiny.

After the United States was rocked by its own series of financial scandals in the early 2000s, the government increased regulation by passing the controversial Sarbanes–Oxley Act of 2002.

Image credit: Photo illustration based on The Donatello Boardroom by ShellVacationsHospitality and Search. by Jeffrey Beall