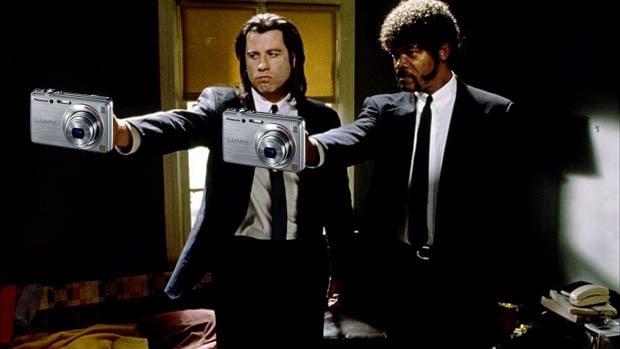 Officials over in the Canadian city of Winnipeg want to reduce gun violence and the number of firearms floating around, so they’re turning to… photography? The police department has partnered up with camera store Henry’s Photo and camera company Panasonic for a program called “Pixels for Pistols”. Through the end of this month, anyone can trade in their gun for a digital camera.


The program, which is only available to the city’s residents, is pretty straightforward: turn over any working firearm and receive a $240 photo package consisting of a Panasonic Lumix DMC-FH8 point-and-shoot camera and a gift card for Henry’s photography lessons.

If you want to participate in the program, you’ll need to follow the instructions: don’t just stroll into the police station or a Henry’s shop with your weapon in tow — that’ll get you into trouble. Instead, you’ll need to call the city’s police to schedule a pickup.

Interestingly enough, jumping into photography through this program is also an “out” for anyone possessing illegal firearms. The organizers state that even illegal weapons that are turned in will be rewarded with a camera without any risk of criminal charges. Be warned, though: if it turns out that your gun is linked to crime, you won’t get your camera and will instead risk being tossed into the slammer.

This isn’t the first time Pixels for Pistols has been held in Canada. The program was actually launched back in 2008 for Toronto residents, and was quite successful — it led to more than 900 guns being surrendered (turns out people do want to shoot pictures instead of bullets). Other cities experienced similar success in subsequent years, and this year its Winnipeg’s turn to reduce violence and increase photography.