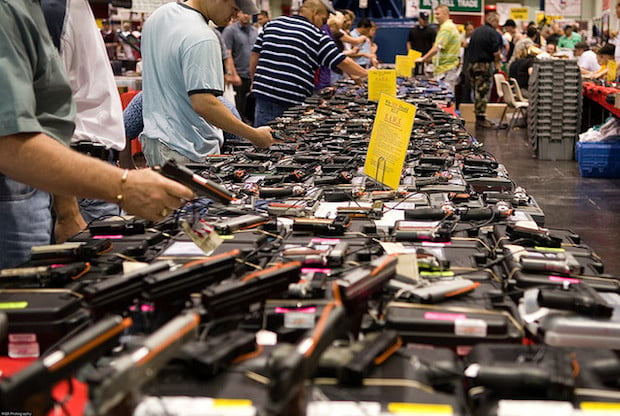 From antique pistols to high-powered assault rifles, Instagram has emerged as the leading online marketplace for guns. And, even more troubling, it seems few of the sales violate the law or even Instagram policy.

The problem was initially reported by The Daily Beast in a recent article. According to the report, a search for #gun or #guns among the #forsale listings on Instagram turns up hundreds of offers for everything from tiny Beretta pistols to mini-arsenals.

Federal laws generally don’t cover private sales of firearms between individuals, while state laws vary widely and are hard to enforce. And since Instragram wasn’t set up as a marketplace, there are no formal policies on what can and can’t be sold through the service.

Here’s what a search for the hashtag #gunforsale brings up on Webstagram: 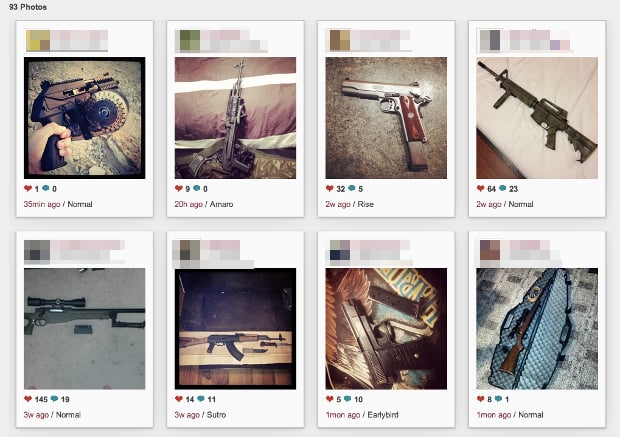 Gun safety advocates say the result is a gaping loophole for buyers and sellers looking to avoid background checks and other restrictions on commercial transactions.

“We are definitely concerned about the public safety implications of unregulated online gun sales,” Sam Hoover, a staff attorney with the Law Center to Prevent Gun Violence, told Daily Beast. “Primarily the ability of sellers to skirt background checks and trafficking in firearms — both legal and illegal guns — to prohibited persons.”

Occasionally, though, the system can backfire on the seller. A Brooklyn rapper who arranged and bragged about selling guns via Instagram was arrested in August in what city officials called their largest firearms bust ever, netting more than 250 guns and 19 indictments.

(via The Daily Beast)