photoBot is a new photography robot designed by Tommy Dykes, a designer and PhD student at Northumbria University. It constantly scans a room for photo ops by turning its head in a manner reminiscent of R2-D2 from Star Wars (which, in case you haven’t heard, is now owned by Disney).

photoBot is designed for set-it-and-forget-it automated photography. Set it on a table or shelf, and it’ll use ultrasonic ranger to detect the location of people in the room. Once it has a lock, it snaps a photo and displays it on the LCD screen found on its belly.

Here’s a video showing the photoBot on the job:

Dykes writes that although the bot was designed for capturing events such as parties, its “dark side” potential led to its anthropomorphic design:

This automation allows people to enjoy an occasion, such as a party, in the knowledge that the occasion is being documented photographically without the need for them to do it themselves.

While testing early versions of photoBot, some users felt the device could be used for surveillance or spying. The deliberately anthropomorphic design was therefore to create a sense of trust and fun that quickly dispels any concerns and instead emphasises the playful nature of the product. 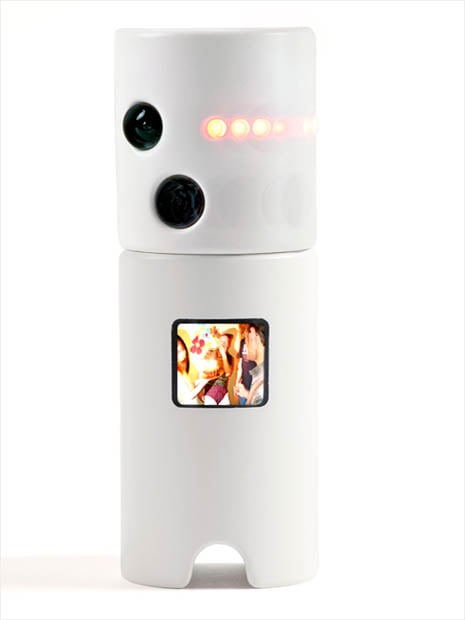 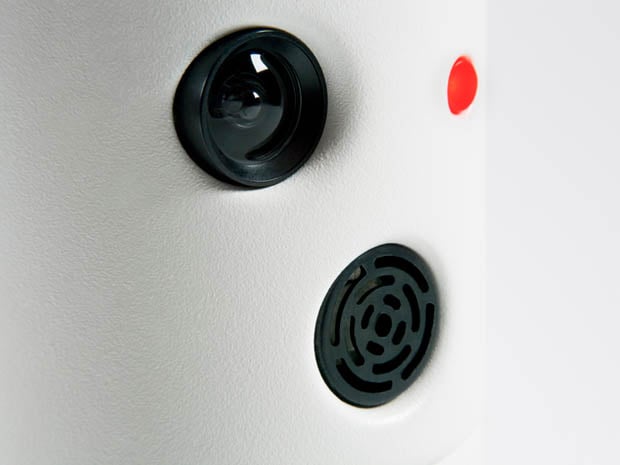 The device is currently a prototype, and there’s no mention of any plans to commercialize it. Aside from the R2-D2-style head, the idea itself isn’t too novel: we’ve featured a couple of robots in the past — Paparazzi Bot and Sony Party-shot — that both use facial recognition to snap photos of party-goers.

photoBot by Tommy Dykes (via PSFK)