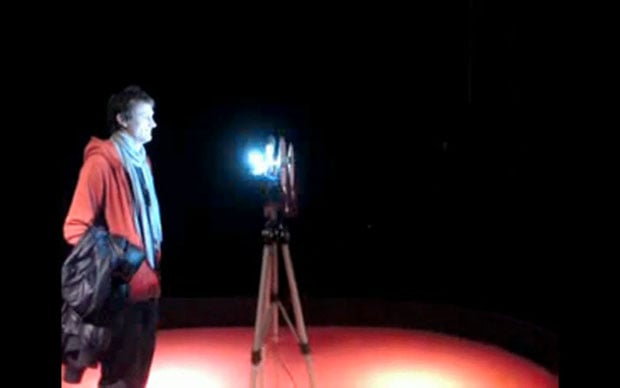 The Paparazzi Bots are a series of robots invented by Ken Rinaldo, a faculty member in the Department of Art at Ohio State University. Each bot is autonomous, and moves about on a wheeled platform, using infrared sensors to move towards humans. It’s goal is to take single photographs of people, and it makes decisions on whether or not to capture the photograph based on facial expressions of the subject. If you happen to be smiling, the bot is more likely to photograph you.

Here’s a short video demonstration of the bot in action:

Rinaldo was invited to deploy three of these bots at the recent Winter Olympics in Vancouver, and two of the bots were also used at an art and digital culture festival in Berlin.

We’d like to see a video of these things in action on New York City sidewalks.