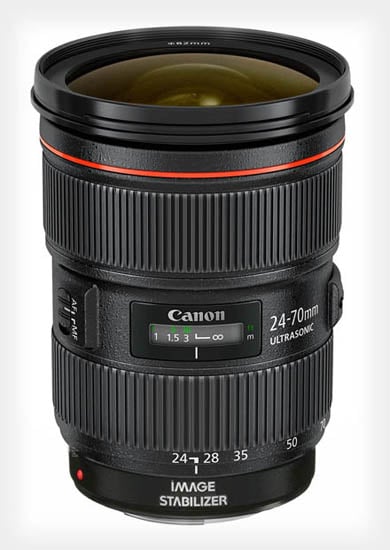 An update to the image-stabilized Canon 24-70mm lens rumor that we shared yesterday: Canon Rumors is reporting with certainty that the lens is in fact on the way. However, the lens won’t be an IS version of the f/2.8, as previously reported, but an entirely new Canon 24-70mm f/4L IS. In other words, the lens will give up a stop in max aperture in exchange for IS.

Craig Blair of CR says that, “While a prototype of the 2.8 version in IS form exists, the f/4L version is what will be coming to market.”

Perhaps Canon is planning for the 24-70mm lineup to mirror the 70-200mm one, which features four different aperture/stabilization combinations — f/2.8 IS, f/2.8, f/4 IS, f/4 — with different sizes, weights, and price tags. This allows photographers to shoot in that particular focal length range without having to drop a huge amount of dough on the top-of-the-line version (the basic non-IS 70-200mm f/4 costs just $630 new, less than a third the price of the f/2.8 IS II version).

It’s also a interesting move by Canon because the new lens will be competing directly with — and cannibalizing sales of — the Canon 24-105mm f/4 IS. Unless the new IS system is drastically better, it seems that, spec-wise, the new lens would simply offer 35mm less zoom on the telephoto end…

No word yet on when this new lens will be announced, but Blair thinks there’s a chance of it arriving before the Canon 6D starts shipping in early December.