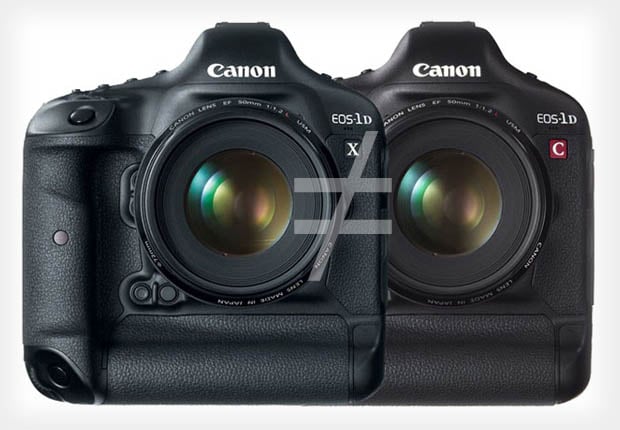 Last month we wrote that DSLR blog EOSHD had learned from at least one Canon rep that the upcoming 1D C cinema DSLR was essentially a 1D X with tweaked firmware. This would mean that the 1D X is also capable of 4K video with “no heat or bandwidth issues.” However, that claim is now being challenged by Canon Rumors, which writes that the cameras do in fact have some important hardware differences as well.

[The 1D C] does in fact have a different hardware configuration inside. While the DIGIC V processors, image sensor and AF module are all identical to the EOS-1D C, there is in fact “reworked circuitry and design to dissipate heat for the 4K recording” […]

There are a few people I know that will open the EOS-1D C when they get their hands on it, I know I will be. That’s going to be the only way to 100% prove the internals are indeed different. I do wish Canon would clarify this point and put it to rest, which they may do when the camera is officially announced.

He also notes that the $7,000 price difference could be explained by the fact that the reworked internals is found in a much smaller volume of cameras — cameras that are priced for pros. There are two sides to this story now, but it will probably be put to rest soon on way or another.

Cute: Photographer Gets Up Close and Personal with Baby Elephant Seals