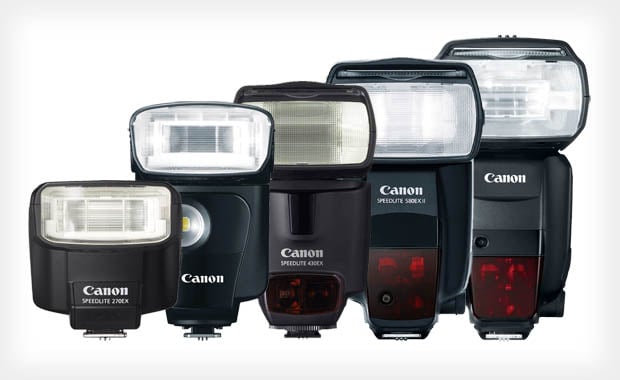 This is probably a “duh” fact for many of you, but one that some of you have perhaps never heard or realized before: Did you know that the flashes in the Canon Speedlite lineup are named after their maximum guide numbers? To figure out the power of your Speedlite, just take the model name and hack off the zero at the end to get the GN (e.g. 430EX has GN 43, 580EX has GN 58).

In case you’re not very familiar with the concept of guide numbers, Canon explains,

For those of you who aren’t fully au fait with guide numbers – the Guide Number (GN) is a measure of the power of a flashgun. The higher the GN, the more powerful the flashgun is. A guide number is found by multiplying the flash-to-subject distance by the aperture for a well-exposed photograph. For example, if good results are produced by using f/11 for a subject that’s 5 metres away, the guide number is 55. You need to know the film speed used, and that the distance was measured in metres, so guide numbers are usually written as ‘55 (ISO 100, metres)’.

Instead of Selling Your Old Stroller, Use it to Haul Around Camera Gear