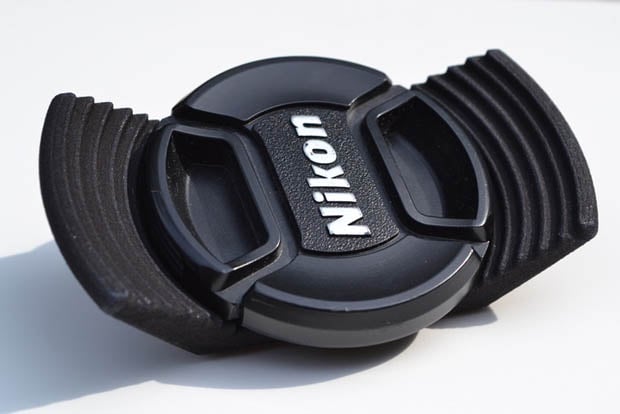 Photographer Preston Turk has an idea for how to best store lens caps when they’re not attached to lenses. Called the Stow-Away, it a universal lens cap holder that can hold most of the standard lens diameters (AKA filter sizes): 52mm, 55mm, 58mm, 62mm, 67mm, and 72mm. Turk designed the accessory to attach to the underside of cameras via the standard tripod mount. Giving your lens cap a quick shove underneath your camera will click it securely into place. While the fact that a single holder can support so many different lens caps is pretty neat, having the holder take up the tripod mount seems like it could be an inconvenience — you would no longer be able to use a tripod, and the camera won’t sit as nicely when you set it down.

The same design seems like it could work nicely as a camera strap attachment, but that doesn’t seem to currently be in the plans for the Stow-Away. 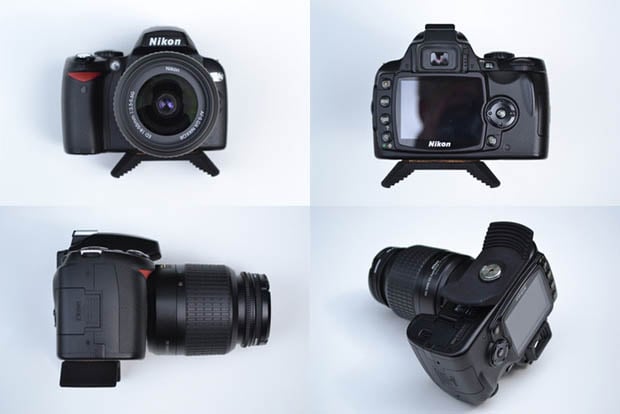 Turk is currently raising funds for the Stow-Away through Kickstarter. Supporting the project with $14 will pre-order one cap holder.