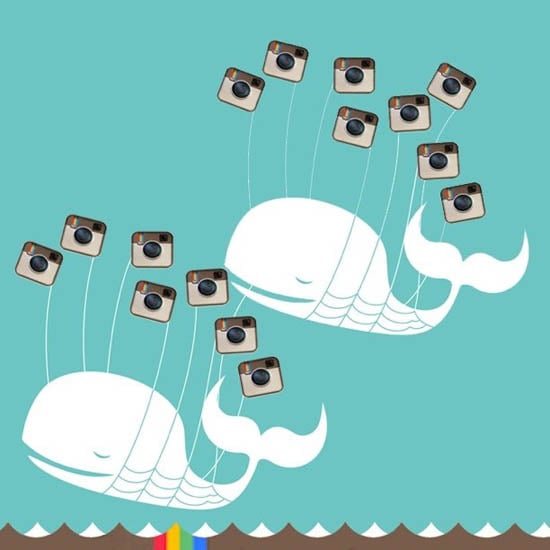 It is commonly said that a picture is worth a thousand words. It seems that US smartphone users agree, for Instagram has now passed Twitter in active user count. The legions of Instagrammers aren’t just checking their beloved social network more than their Tweeting counterparts — their eyeballs are glued on it longer as well.

Twitter still has more total mobile users though. Of the 110 million smartphone users in the United States, 29 million of them used Twitter at least once in August, while Instagram welcomed around 22 million of them.

AllThingsD writes that it makes sense that the crazy-popular photo sharing app is seeing these impressive engagement figures:

To some degree, it makes sense that users spend more minutes engaged with Instagram than Twitter. Instagram’s never-ending flow of content is composed entirely of photos, with each picture requiring some degree of pause to take in. Twitter’s stream, on the other hand, is primarily composed of text-based messages, interspersed with some embedded photos, videos and links out to other Web sites.

[…] It’s likely that Twitter could have achieved this richer, more visually oriented look if it had tried to buy Instagram. And, indeed, Twitter did try, yet failed to beat Mark Zuckerberg’s billion dollar offer. Must sting a bit to see the app that got away now flourish in the hands of your greatest competitor.

Despite having a hit on its hands, Facebook still needs to figure out some way to turn those millions of eyeballs into dollar signs. Instagram has yet to introduce a solid business model, while Twitter is on track to pull in an estimated $130 million from mobile ads this year.

Review: Canon D20 is a Decent One Trick Pony for Shooting Around Water