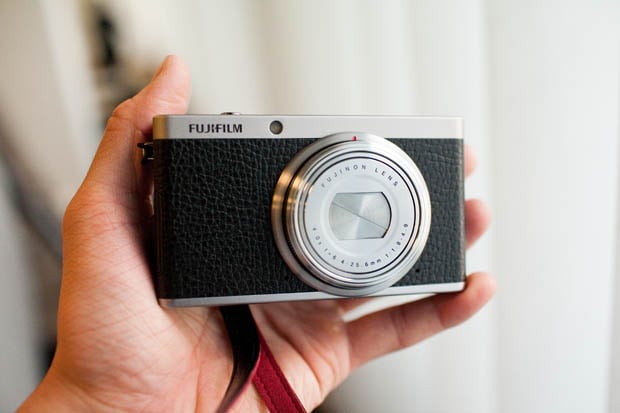 Fujifilm is a camera company that’s going all-in on the idea of “retro design”. We’re not complaining. Its new XF1 compact camera brings the sleek design of X-Series’ cameras to the world of “point-and-shoots”, featuring a minimalist aluminum body that’s covered with faux-leather. The camera feels very nice and solid in the hand. It’s not as compact as other point-and-shoots (the Canon S110 is around 30% smaller and 20% lighter), so I’d say it’s purse-sized rather than pocket-sized. What it lacks in portability, however, it makes up for in beauty and brawn.


Inside the camera is a respectable 12MP 2/3-inch sensor. Larger than the 1/1.7 or 1/1.8-inch sensors found in many compacts, but smaller than other professional-level compacts that have been emerging as of late (the Sony RX100 packs a 1-inch sensor that’s twice as big). 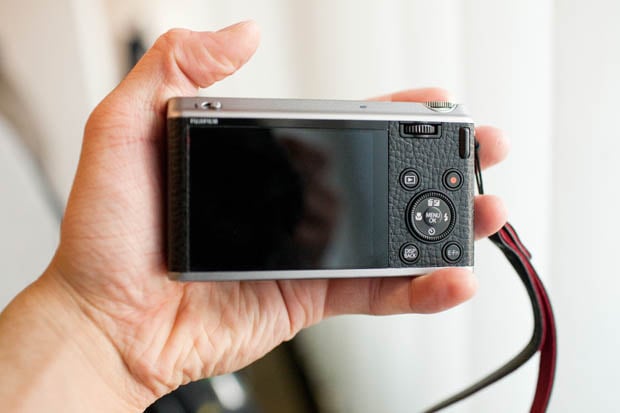 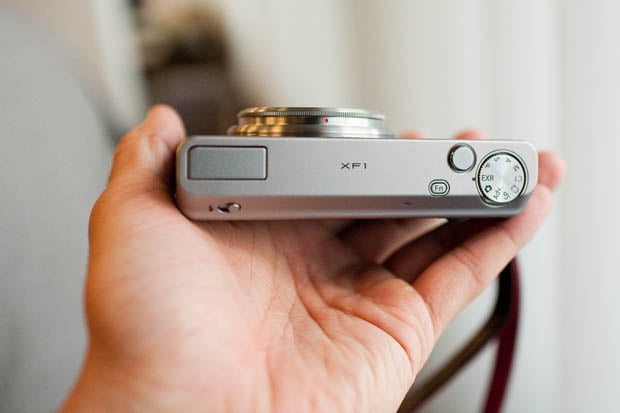 It becomes a beast when it’s turned on, though. The lens extends quite a bit when the camera is ready for business. Like the X10, the XF1 uses a twist-to-turn-on feature. You twist the lens ring on the front and pull in order to pull out the lens and turn on the camera. It takes some getting used to, but can definitely become second-nature after some use.

The main issue with the feature is the fact that it cannot be turned on with one hand (without a good deal of cleverness or effort). You’ll need to hold the camera in both hands in order to start using it, which might be a slight turn-off for people who like pulling out their camera, turning it on, and snapping a shot in one smooth motion. 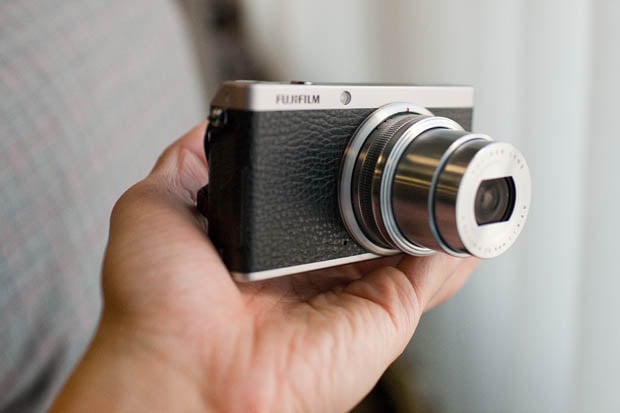 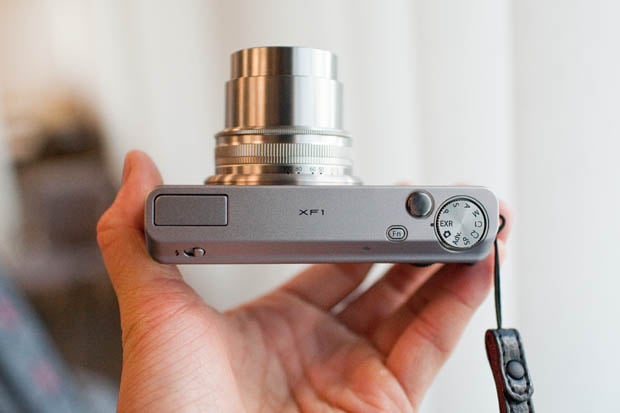 One neat feature on the XF1 is the E-Fn button on the back. If you use a laptop, you’ll be familiar with what Fn means. It’s a button that provides alternate functionality for other buttons when it’s being held down. Hold it down, and you’ll be able to access different functions you’ve assigned to the six buttons on the rear of the camera. 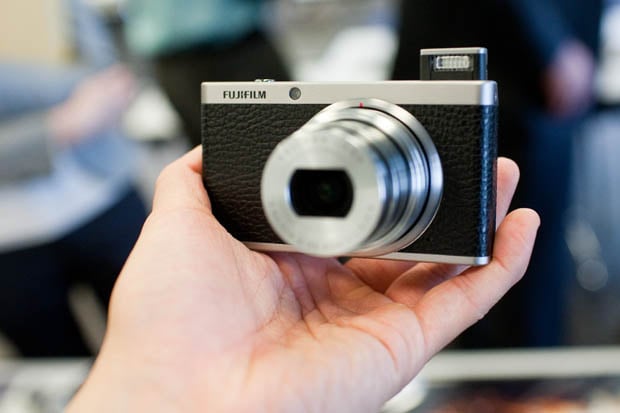 Although I didn’t get to play around with it, the XF1 features the X-Series’ nifty film simulation modes, which can make your photos pop out looking like they were shot on various color and monochrome film stocks (e.g. Velvia, Provia, Astia). 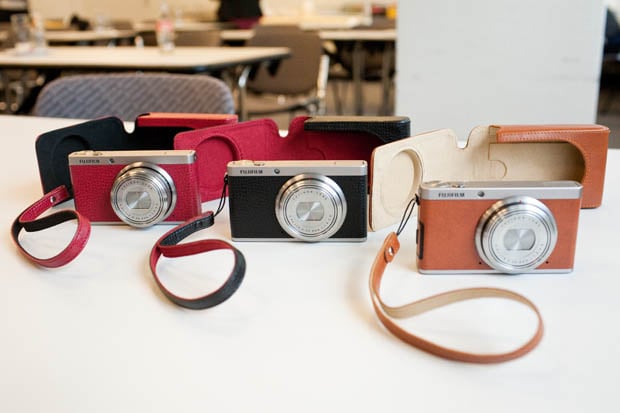 The XF1 comes in three flavors — black, red, or tan — and will cost $500 when it hits store shelves next month.

If you’re looking for an everyday compact camera that offers a healthy mix of style, features, and quality, the XF1 should be on your list of cameras to check out. At $500, however, it’s pushing up into the price range of more professional compacts and mirrorless cameras, so you’ll need to be willing to pay a premium for retro-tastic-ness. If that describes you, then you might also want to think about paying $100 more for the even more gorgeous — and similarly spec-ed — Fujifilm X10.