Lost Memories is a beautiful 3-minute-long short film by Francois Ferracci that imagines a future in which cameras can share images with the world as soon as they’re shot — oh wait, that’s now — and can beam holographic photographs into the air for easy uploading or editing. In such a futuristic world, would analog photography still have any role to play?

Paris, 2020. A beautiful couple, a city over-saturated by holograms and digital stream. A polaroid camera. Tomorrow will never be the same.

It’s a thought-provoking story that might make you think twice about both photographic mediums and data backups.

It’s also a commentary on the nature of saving and sharing memories. As the world trends toward instant sharing over the Internet, the question becomes: who are you preserving memories for? For yourself and your loved ones, or for the faceless audience that you interact with through social networks?

Ferracci created the film as an entry to a competition in Paris that asked filmmakers to imagine what the future will be like. It was shot using a Canon 5D Mark II. Although writing, filming, and editing the footage took only about a day, adding in all the visual effects took Ferracci half a year to complete. 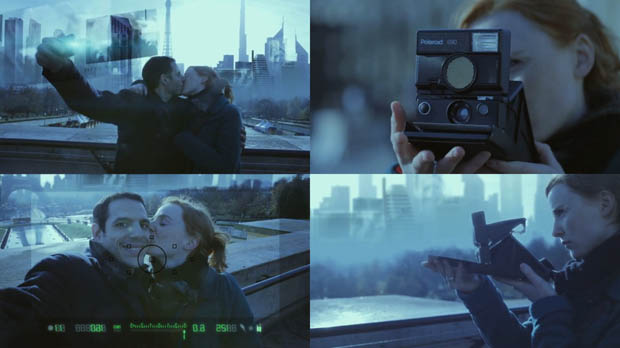 If you’re wondering how the visual effects were created, here’s the “making of” video:

P.S. You can find an interview with Ferracci here.

Leica Cameras Are Growing as a Status Symbol Among Celebrities

Hands-on with the Fujifilm X-E1: Sleek, Small, and Very Solid All Around