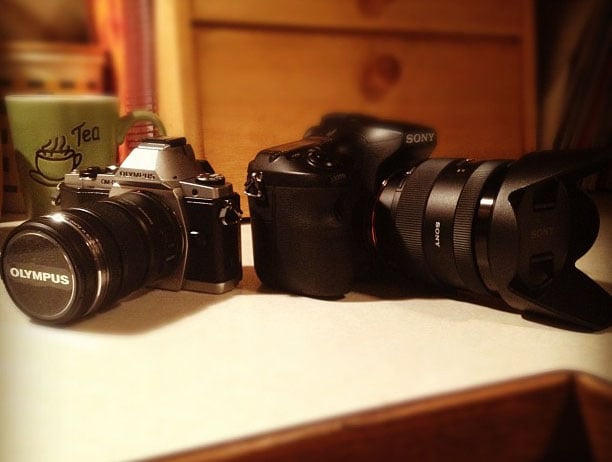 As Olympus attempts to regain its footing after the devastating financial scandal that rocked it this past year, rumors are swirling that Sony might play knight in shining armor in the saga by swooping in with financial assistance. Reuters reports that a cash for stake agreement might happen before the end of this month:

Sony Corp is in the final stages of talks to invest 50 billion yen ($646 million) in cash-strapped Olympus Corp, with an agreement expected by the end of September, state broadcaster NHK reported.

Sources familiar with the matter have told Reuters that Olympus is in talks with Sony to accept a cash injection in return for a stake.

Olympus is staying mum about these rumors. Murmurings of this potential deal first emerged back in June, when we reported that it would be worth more than 10% of Olympus. Other companies that were rumored to be interested in similar deals included Fujifilm and medical device maker Terumo.

Update: As part of the impending deal, Sony and Olympus will reportedly cooperate in promoting and developing digital camera gear. Interesting…

Tough Little Camera Captures Its Own Accidental Fall From Plane