Be careful not to leave your camera unattended when animals are nearby — you never know what might happen. We’ve shared a number of videos in the past of animals such as monkeys, octopi, sharks, and seagulls “borrowing” cameras for their own purposes.

French tourist Nathalie Rollandin came across a camera-happy seagull recently. She was visiting the Golden Gate Bridge in San Francisco, when she set her GoPro camera down while its was recording. Before she knew it, the camera was being carried away in the mouth of an artsy gull. Once the bird was a safe distance away, it set the camera down and recorded some beautiful footage of itself flying away into the sunset.

Moments later, Rollandin ran up to the camera and was happy to discover that it hadn’t been damaged. She writes,

On my way running after the seagull I met a woman and desperately asked “Have you seen a seagull flying with a camera in his mouth?”..she looked at me like I was totally crazy haha

Even better was the fact that she had 20 new seconds of footage that certainly became one of the highlights of her trip. “A San Francisco sunset I will hardly forget,” she says.

The bird’s sense of framing and composition is quite impressive: 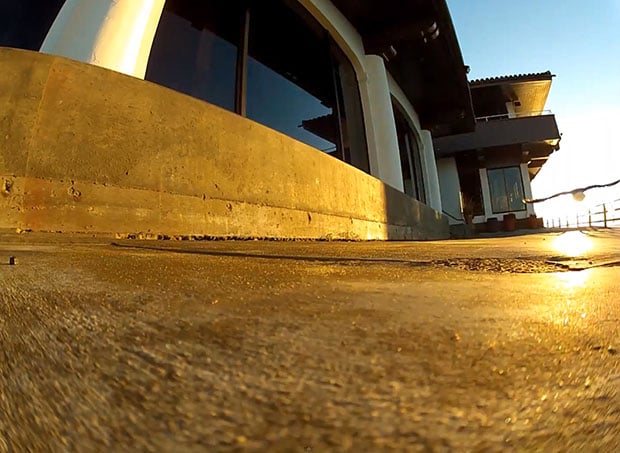 P.S. Here’s a random piece of photo trivia that we just came across: did you know that Seagull Camera is the oldest Chinese camera manufacturer?

Video credits: Video by an anonymous seagull based in San Francisco

Panorama Mode Not Exclusive to iPhone 5, Will Be Available Through iOS 6