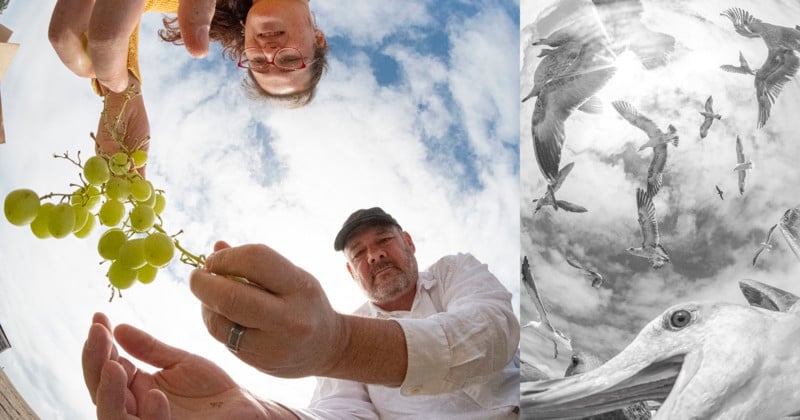 I have had this shot in my mind for years now. Seagulls, lots of seagulls, mobbing a camera. Wide-angle fisheye perspective. Reminiscent of Hitchcock.

I thought long and hard and conceived a crazy contraption. A radio-controlled car with a tilt head mounted on it to get right in where I want to. Add to that a seagull food launcher.

It quickly became very complicated: seagull food slurry frozen into a sort of sorbet, molded into spheres or scooped into balls with a melon baller, dipped in gelatin, dried and launched through a detuned paintball gun.

I am not about complicated, I am about simple, so I thought it through and came up with two alternates:

2. A camera built into a seagull feeding station.

I opted for option 2.

I needed seagull bait that I could handle easily, that wasn’t wet, and above all, was seagull-safe.

I did some research and came up with grapes and Cheerios cereal. Dry food can be dangerous if it swells in water, but Cheerios are packed with vitamins and they dissolve when wet.

Next, I hacked a hole in the bottom of a bowl and affixed a Nikon-to-Fuji adapter tube. I would have used my focal length reducer, but I was putting enough fear at risk. I mounted my Fujifilm X-A3 and Opteka 6.5mm f/3.5 to the rig, mounted it to a GorillaPod and loaded it pith popcorn just to test the look. 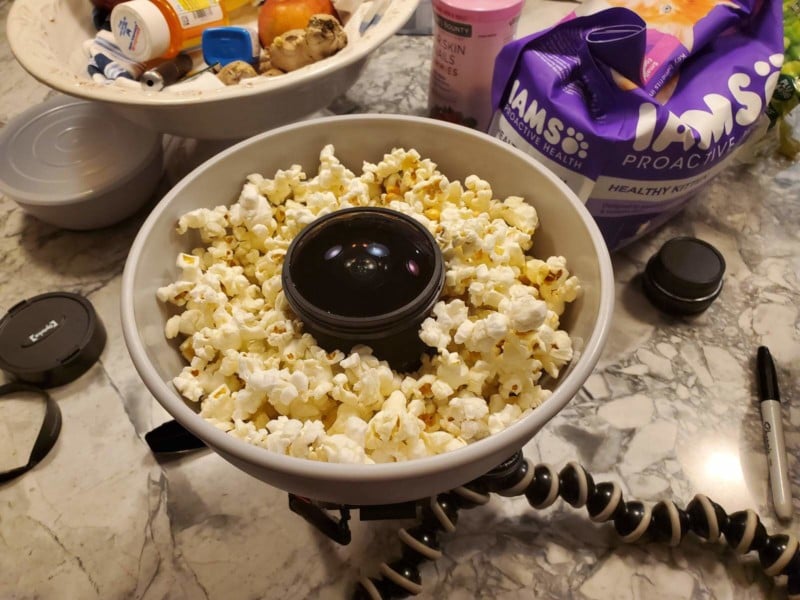 I realized that the GorillaPod may sink in the sand, so I adapted an old frying pan and ball head to the task to achieve a more sand proof base.

Missing in all this is a way to trigger the setup. I am not a fan of Fujifilm remote software, I don’t have a remote trigger, so I opted to shoot with an intervalometer setting in-camera. This would also make a nifty movie one day perhaps as well. I also decided on faster shutter speed and higher ISO as a way to conquer setting my lens up at f/22 for the greatest depth of field.

The results were disgusting, and a little lackluster. 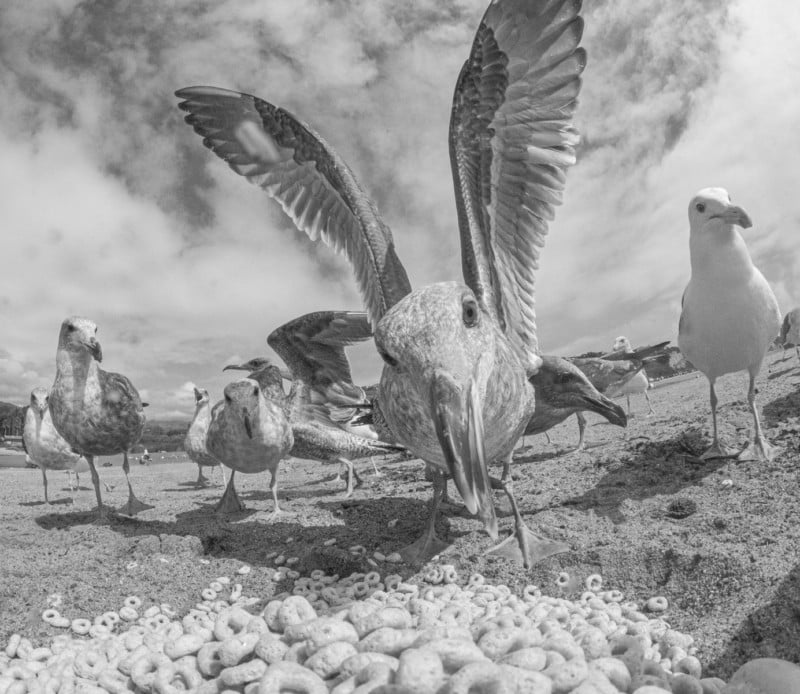 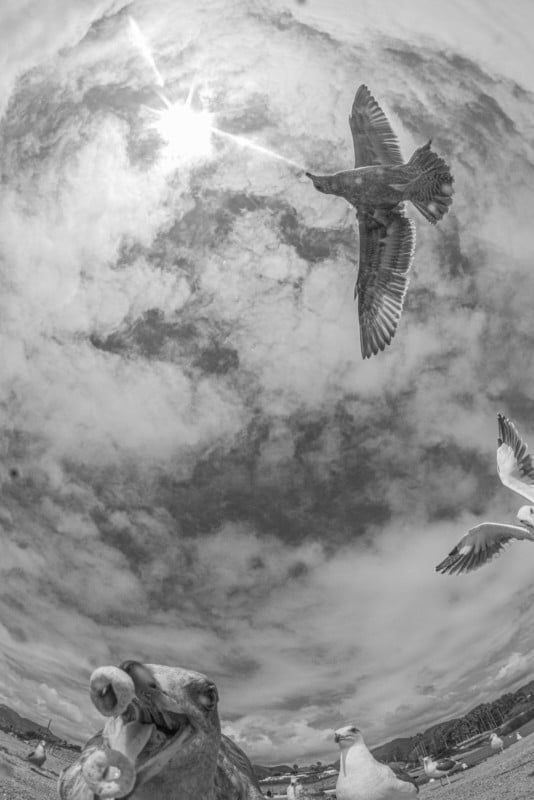 The lens got covered with seagull spit, grape juice, and cheerio dust. Worse still, I neglected to bring lens tissue and cleaner, so my shirt sleeve had to do. 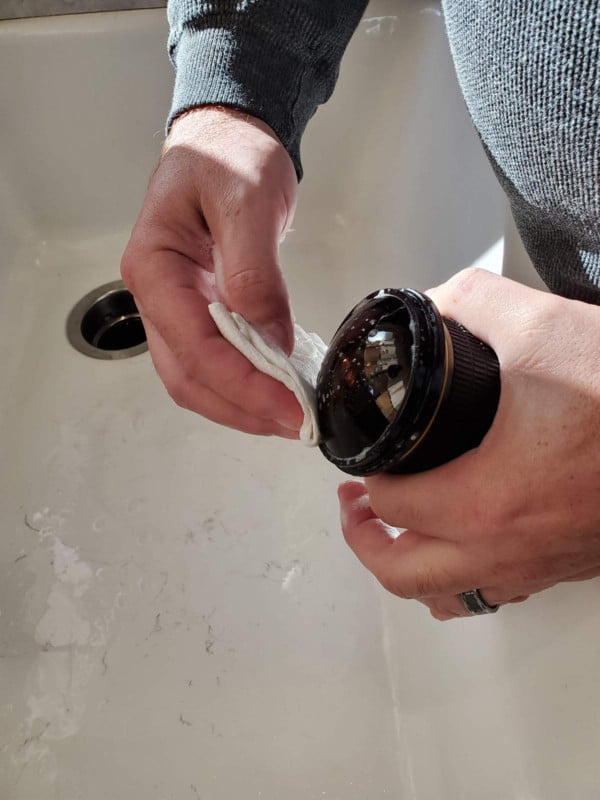 Topping that off, I was not able to naturally achieve the seagull density I desired, so I needed to composite the image.

This actually worked out to my advantage in some ways, the clouds were high in the sky, moving slowly and very “splotchy” so they blended well from shot to shot. Picking the best birds from shot to shot allowed me to layer them in a nice way. I usually don’t do this sort of thing, and I certainly would not do this for documentary work, but this was for fun so I composited it. About the author: Mike Keesling is an Emmy- and Academy Award-winning inventor of optical devices for the motion picture industry. The opinions expressed in this article are solely those of the author. He currently is the director of R&D at Think Tank in Burbank California.