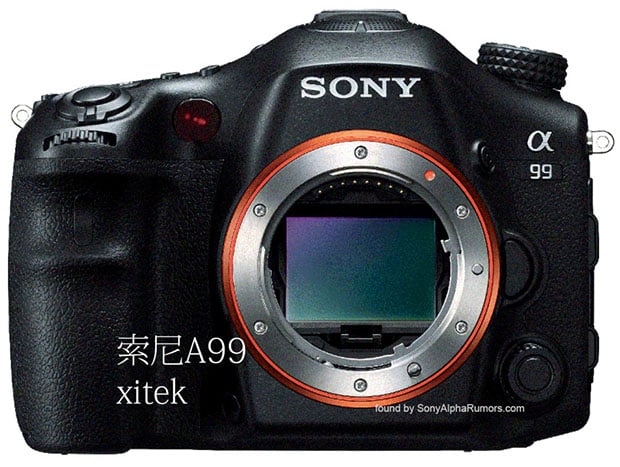 Here’s the first leaked photograph of Sony’s upcoming high-end full-frame single-lens-translucent DSLR, the A99. sonyalpharumors confirmed the authenticity of the image, which was first leaked onto the chinese website Xitek. We’ll likely be seeing the official announcement on Wednesday, September 12.

The A99 is designed to compete with high-end full frame DSLRs like the Canon 5D Mark III, and marks a departure from the optical viewfinders found in previous Sony full frame models — the A900 and A850. It’s the first pellicle mirror camera by Sony to feature a full frame sensor. It features a 24.3MP sensor, 10fps continuous shooting, 102 AF points (11 cross), a 3-inch tilting LCD, and in-body image stabilization. You can find some more specs in this post from last week.

Decorate Your Wall With Pictures Using a DIY Photo Ledge