Nokia has endured a torrent of bad press over the past couple days over its faked promo video, but the truth is, the company is investing heavily in improving photography in its mobile phones, and its PureView technology is definitely something we should be keeping our eyes on.

In order to back up its claim that PureView low light performance is “unbeatable”, Nokia set up a “photo challenge” booth at its launch party and invited passers-by to pit their cameraphones against the Lumia 920. The challenge involved shooting a photograph of a still life setup stuffed inside a dark cubby hole in a brick wall. Check out the video above for a glimpse of how the phone’s camera stacked up against the iPhone’s and the Samsung Galaxy’s.


wpcentral writes that the phone “smoked” the competition, and reports:

The object was a flower in a vase tucked in a little dark corner. To say it as poorly lit is an understatement. Honestly, we would never even attempt to photograph what they were doing with the 920 as you could barely see it with your own eyes. And let’s make no mistake—as far as we could tell, this was not rigged. Nokia snapped the photo each and every time and we were allowed to view the images to verify (ironically, we couldn’t challenge the Lumia 900 as Nokia probably does not want to compete against themselves too publicly).

The sample shots over on the PureView website — one of which, ironically, was used to prove the company’s fakery — are quite amazing, showing side-by-side comparisons of how the PureView camera stacks up with a “leading competitor’s smartphone”. These images aren’t “fakes”: 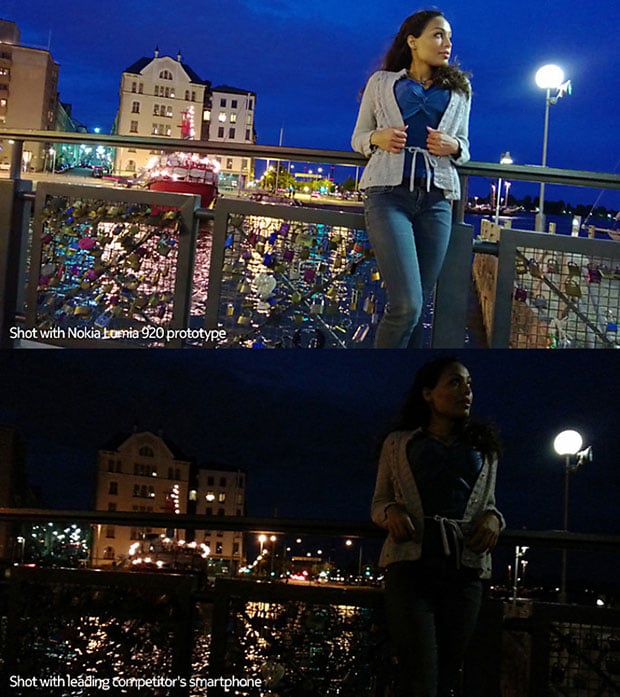 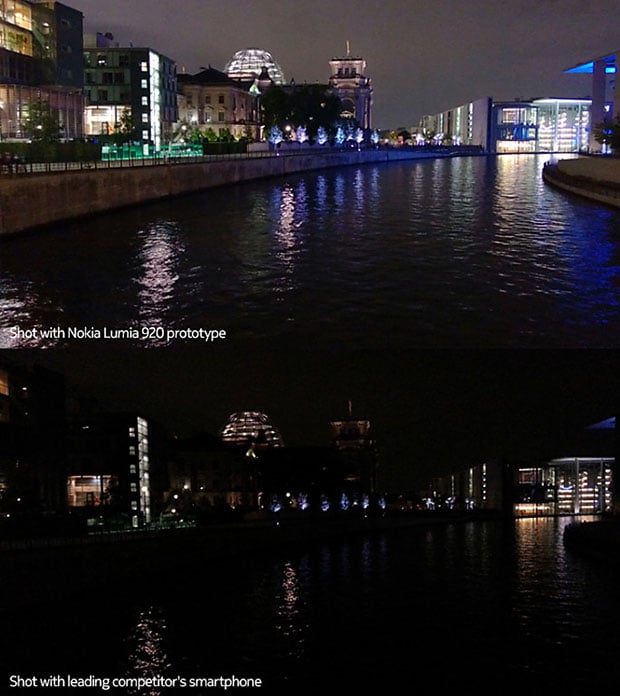 How many times have you been caught in a dark environment with a phone that can’t capture much more than a few points of light? The PureView’s low-light photos do look a bit over-saturated and HDR-ish, but I’d take that over a massively underexposed or phone-flashed photo any day. Wouldn’t you?