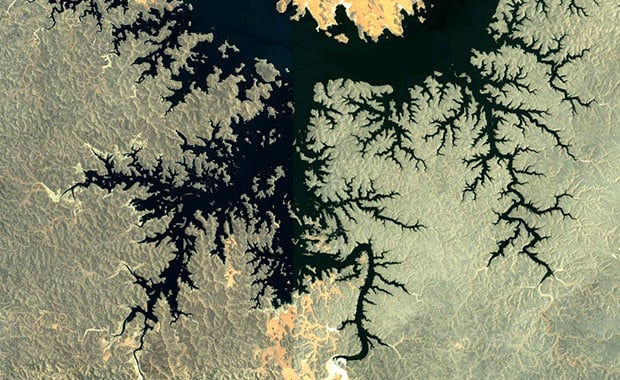 Fractal-like patterns are found widely in nature, “in phenomena including clouds, river networks, geologic fault lines, mountains, coastlines, animal coloration, snow flakes, crystals blood vessel branching, ocean waves and many others.” The fact that it appears on a large scale in geographical formations means that many of these beautiful patterns can be captured as photographs from space.

Paul Bourke, a professor at the University of Western Australia, has a webpage dedicated to Google Earth satellite photos that contain these patterns. 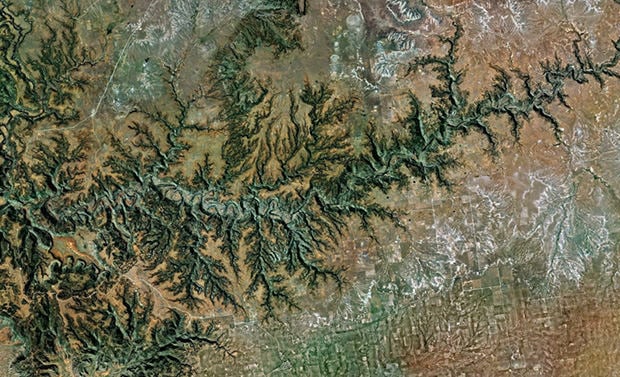 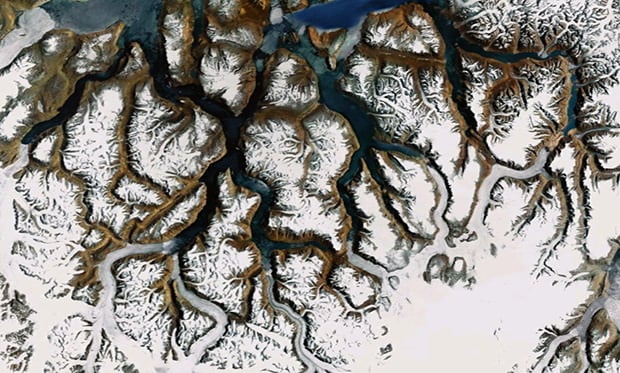 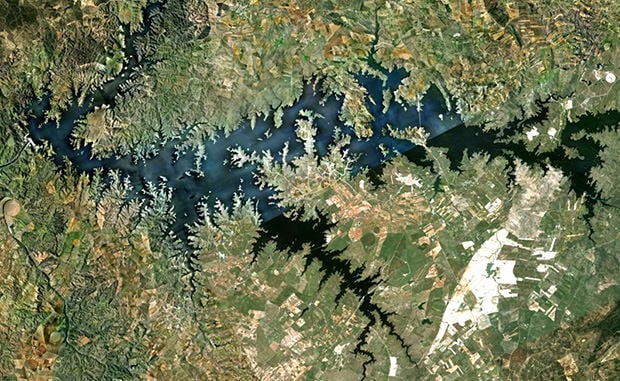 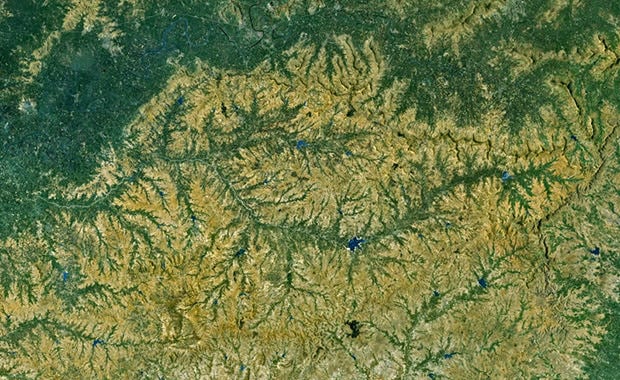 The photos, from top to bottom, show Egypt, the US, Greenland, Spain, and India.

If you’re interested in “visiting” these locations yourself in Google Earth, Bourke’s page includes KMZ files alongside the images that can transport you to the spots where they were found.

Tree-pod: The Tripod That Can Double as a Three-Legged Ladder

Ritz Camera to Go Up For Public Auction Tomorrow, Use Your Gift Cards Today