We’re shared a couple of “stacked star trail” time-lapse videos over the past few months (see here and here), but those videos comprised nighttime photographs taken from the ground. Photographer Christoph Malin recently decided to try his hand at the technique, but instead of using his own earthbound photographs, he used NASA photographs shot from the International Space Station. The resulting video, shown above, features the stars drawing trails across the “sky” while the Earth creates light streaks down below. 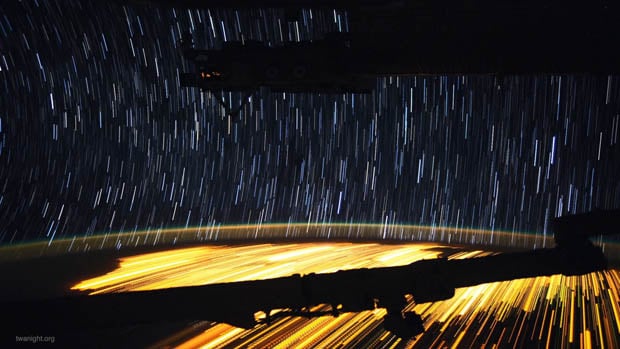 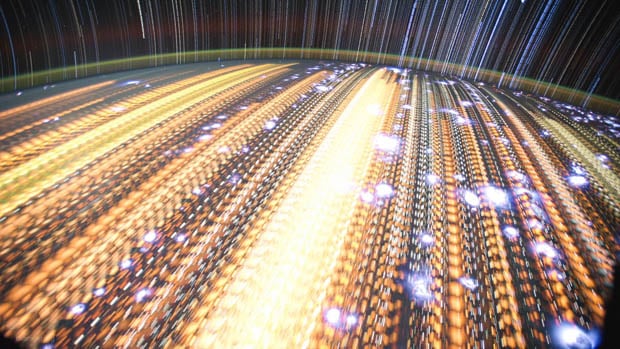 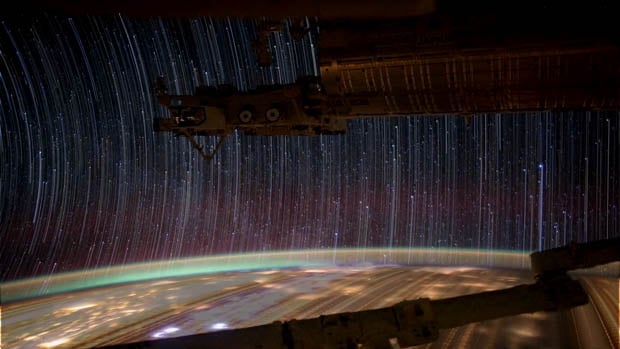 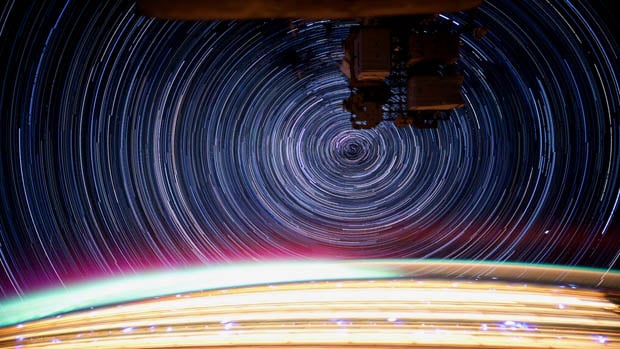 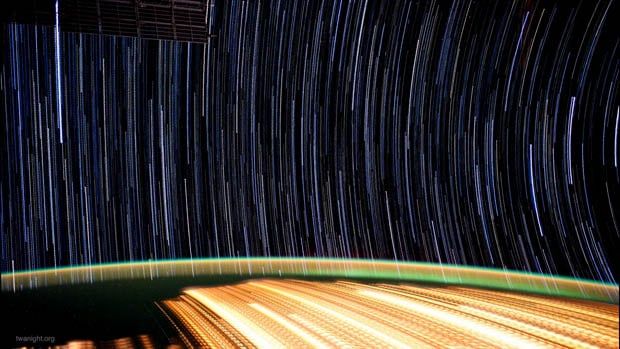 In the description of the video, Malin writes,

Stacks make interesting patterns visible, for example lightning corridors within clouds. One can also sometimes recognize satellite tracks and meteors — patterns that are not amongst the main startrails. The many oversaturated hot pixels you see are the result of the very high ISO settings the D3s in use at the ISS have been pushed to keep exposure times low (due to the high speed the ISS has).Unfortunately as there are no dark frames or RAW data available, these are not easy to remove.

The startrail imagery was created using StarStaX, and the video was created in Apple Motion and Final Cut Pro X.

“How Unprofessional Can It Really Be?”: Eisenstaedt’s Self-Portraits with Icons