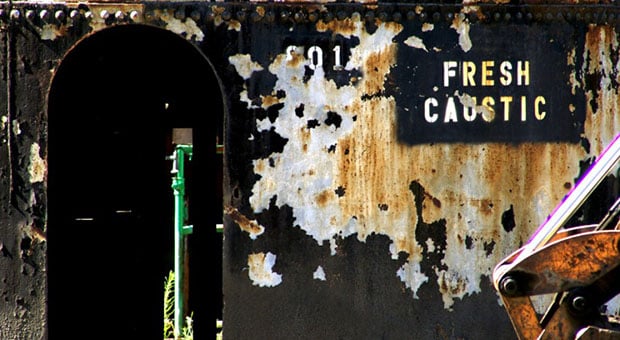 What do you think of this photo of a refinery by photographer Sander Roscoe Wolff? Apparently Long Beach police don’t think very highly of it. Wolff was detained after capturing it last month, and now the police chief is saying that stopping photographers for photos with “no apparent esthetic value” is part of department policy. The Long Beach Post writes,

“If an officer sees someone taking pictures of something like a refinery,” says [Police Chief Jim McDonnell], “it is incumbent upon the officer to make contact with the individual.” McDonnell went on to say that whether said contact becomes detainment depends on the circumstances the officer encounters.

McDonnell says that while there is no police training specific to determining whether a photographer’s subject has “apparent esthetic value,” officers make such judgments “based on their overall training and experience” and will generally approach photographers not engaging in “regular tourist behavior.”

Telling police officers to be the judge in determining whether a photograph has any artistic value doesn’t seem like a very good way of catching the bad guys… What if some terrorist is an awesome photographer?