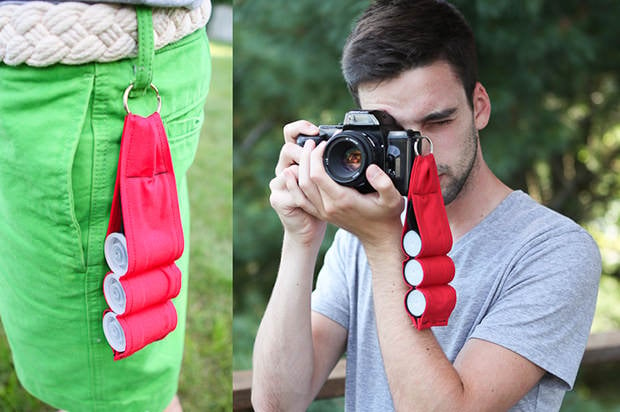 Bandoliers are pocketed belts made for holding ammunition. They’re often seen in action and war movies, slung over the chests of tough guys holding big guns. If you’d like to ensure that you never run out of photographic ammo (AKA film) when you’re out and about, you can make yourself a nifty DIY film ammo strap. Photojojo says that these are inspired by old school camera straps that come with elastic film loops, but we definitely think you should go the extra mile and turn them into full-blown bandoliers.

What you’ll need is some fabric and elastic, a key ring to serve as a connector, and some sewing tools and skills. While it’s designed to be attached to your belt or to the strap mount on your camera, adding some extra length to it can turn it into a belt/bandolier. Head on over to Photojojo for the low-down on how to put this thing together!

How to Make a Film Ammo Strap [Photojojo]

P.S. We’ve written multiple times before on how there’s a historical link between guns and cameras. Many techniques are interchangeable, there’s shared terminology, and rifle butts have been used as camera stabilizers throughout history
.