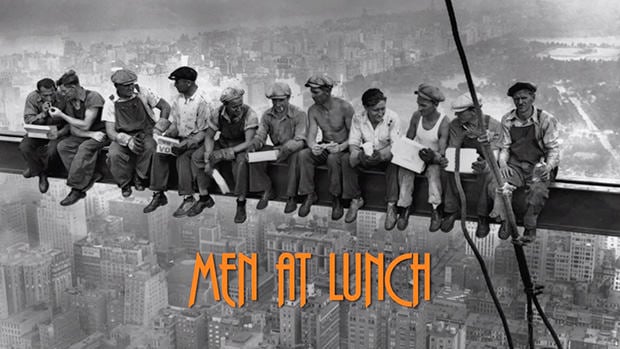 Men at Lunch is an amazing new documentary film by Seán Ó Cualáin that explores the story of one of the most iconic photographs of the 20th century: Lunch atop a Skyscraper. the 1932 photo of eleven construction workers taking a lunch break while sitting on a girder suspended 850 feet above New York City. 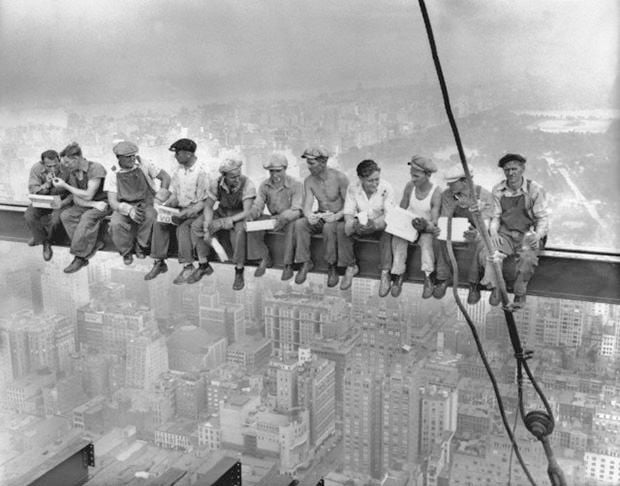 It was taken on September 29, 1932 from the 69th floor of the RCA building during its last few months of construction. Despite being published in the New York Herald Tribune a few days later, the photo spent the better part of the past century either misattributed or marked with “photographer unknown”. Not until 2003 did a thorough investigation uncover Ebbets as the photographer behind the image.

Men at Lunch doesn’t focus on the technical details of the photograph or the photographer behind the camera, but instead peers into the photograph itself to answer questions about the subjects. The description on the Toronto International Film Festival (TIFF) site states,

Ever since the photograph was published anonymously in the New York Herald Tribune on October 2, 1932, the men’s identities have been a mystery. Many of those who have been fascinated by the photo throughout the years have shared the conviction that one of the workers is a distant relative; others, meanwhile, have questioned the photo’s authenticity outright. Accessing the vast photography archives at Rockefeller Center and the Iron Mountain storage facility in Pennsylvania, Ó Cualáin follows the clues in an attempt to discover the photo’s long-held secrets. With the meticulous, painstaking precision of a detective, Ó Cualáin tracks down the original glass-plate negative, and then reconstructs the photograph as a digital projection with actors recreating the workers’ poses, allowing the minutiae of the image to be studied from every possible perspective. Interviews with archivists, photographers, and historians eventually uncover compelling evidence that a few of the photo’s subjects may have roots in the small village of Shanaglish, Ireland.

Here’s the trailer for the film:

The movie will be screened at TIFF next month. Hopefully it gains enough traction to see a wider release!

P.S. By the way, Ebbets was also the photographer behind a second iconic photo: Men Asleep on a Girder. If you’ve always thought the two photos looked strangely similar, now you know why.