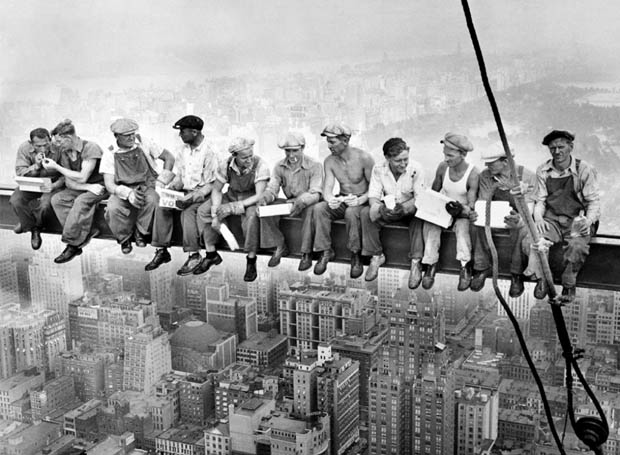 Lunch atop a Skyscraper is one of the most recognizable photos of the 20th century. The 1932 photo shows 11 construction workers taking a lunch break on a girder 850 feet above New York City. A second photo from the same shoot shows four of the men sleeping on the beam. The images are iconic and epic, but may not be as candid as they seem.

New emerging information about the images is casting doubt on the fact that they’re simple snapshots showing ordinary workers on the job. Instead, the photos were reportedly staged as part of a promotional effort for the Rockefeller Center. 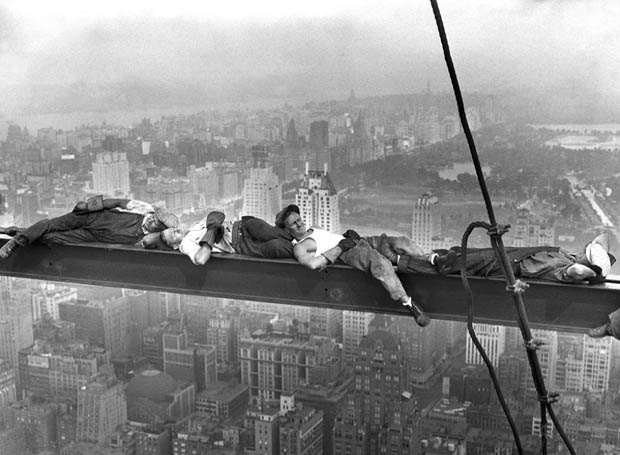 Photo licensing company Corbis acquired the glass negative of the images back in 1995. Since then the lunch photo has become the company’s most recognizable and best selling historical image, selling more copies than even Corbis’ photos of Albert Einstein and Martin Luther King Jr.

However, Corbis chief historian Ken Johnston has a bombshell revelation, which was first published by The Independent yesterday. He is quoted as saying,

The image was a publicity effort by the Rockefeller Center. It seems pretty clear they were real workers, but the event was organised with a number of photographers.

Just last month, we featured a new documentary film about photo and stated how photographer Charles C. Ebbets was discovered to be the photographer in 2003. That attribution, which was based on evidence that Ebbets had been present at the time of the photo, may no longer be valid.

The fact that a number of news agency photographers had been sent to cover the press event means that any one of them could have shot the iconic photo. Corbis’ official record now states that the photographer is unknown.

To make getting the facts of the shoot even more difficult, all efforts to identify the workers so far have been futile. [Update: It was just announced that two of the workers have been identified]

If the photographs were conclusively determined to be staged, would it cause them to lose some of their iconic status in your eyes?