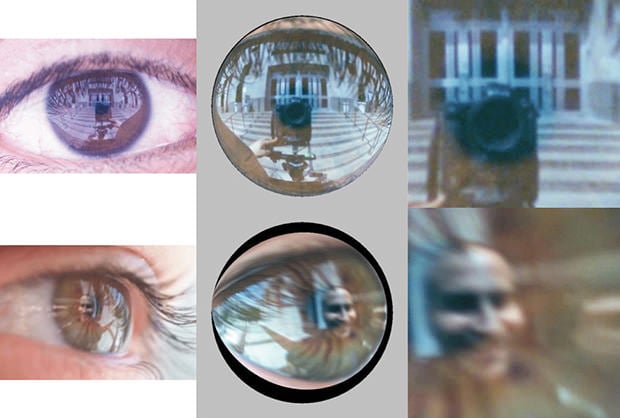 Earlier today, we poked fun at a clip from the TV show CSI showing some pseudo-scientific photo enhancing. Many of the comments on YouTube also poked fun at the mention of “corneal imaging”, in which the investigators used to obtain imagery from the reflections seen in an eyeball. Turns out corneal imaging is a real thing…

We’ve probably all seen photos of reflections seen in eyes, but scientists are actually researching ways to magnify this reflection to unearth details within it.

A reader named Aseem left a comment in the post directing us to corneal imaging research being done over at Columbia University.

Here’s the description of what they’re doing, found on the research page titled “The World In An Eye“:

We have conducted an analysis of exactly what visual information about the world is embedded within a single image of an eye. It turns out that the cornea of an eye and a camera viewing the eye form a catadioptric (lens + mirror) imaging system, which we refer to as a corneal imaging system. Unlike a typical catadioptric imaging system, a corneal one is flexible in that the reflector (cornea) is not rigidly attached to the camera. Using a geometric model of the cornea based on anatomical studies, its 3D location and orientation can be estimated from a single image of the eye. Once this is done, a wide-angle view of the environment of the person can be obtained from the image.

So basically, scientists are now able to salvage and flatten images from eye reflections, even if the eye is looking to the side! This research was also done in the mid-2000s, so current technology is probably even more amazing.

Here are two videos by the researchers showing the technology in action:

What’s even more remarkable is the fact that researchers are using the technology to peer into the eyeballs of people in daguerreotype from centuries ago!

Here are some sample corneal images taken from daguerreotypes provided by collector Joe Bauman (along with sketches of what the researchers believe the images show): 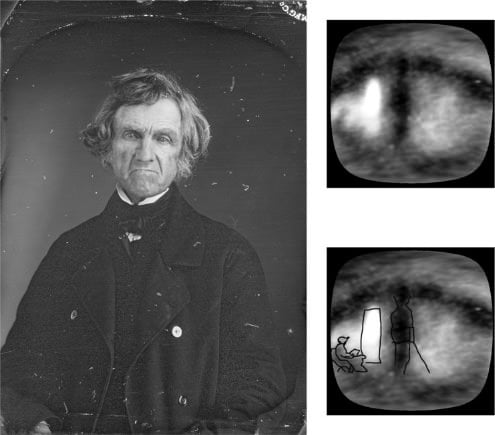 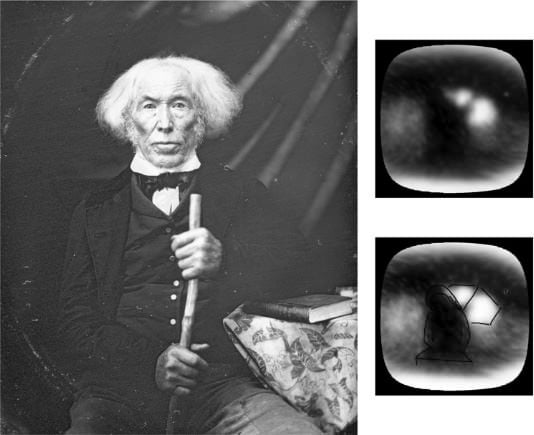 Thus, the crazy eye reflection enhancements often seen in shows may one day be quite possible — given that security cameras of the future have amazing lenses and petapixel-resolution sensors!

The Entire Alphabet Created with Long-Exposure Photos of Hand Waving