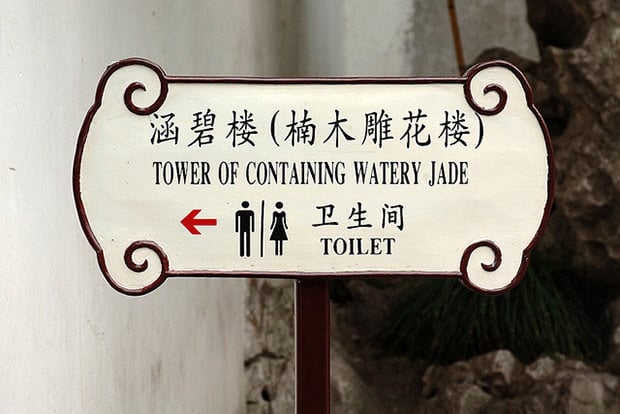 Preparing for a trip to a foreign country where you don’t know the language? If you don’t have an Internet-connected phone handy, a camera can help you out. Redditor Jhojgaard regularly travels to various countries around the world, and suggests that storing some key photos on your camera can come in handy when you’re in a communication crunch.

Things that are useful to store on your memory card include the names of places you need to get to and common things you might need (e.g. a certain subway station, the restroom, a taxi). If you have a smartphone with you, you can toss all of the “translation photos” into a separate album.

Need to understand text? Check out the latest version of Google Translate for Android. In version 2.5, Google has introduced the ability to translate using photographs.

Simply snap a photo of some foreign text, swipe the text you need to understand, and the app endows you with magical powers of understanding: 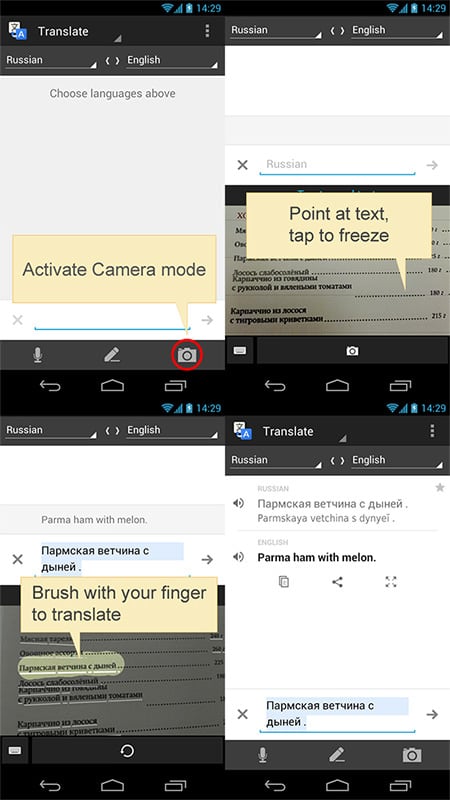 Although this app will work for every language offered in Google Translate, it requires a network connection.

Another camera-based translation app to check out is Word Lens, available for free for iOS users. It uses live imagery from your phone’s camera to show translations in real-time on your screen — and it doesn’t even require a network connection!

Image credit: That’s one way to put it by eugene

Is This the Difference Between CCD and CMOS Camera Sensors? Nope

Quikdraw: A Lens Holster Belt that Uses Mounts Instead of Bags