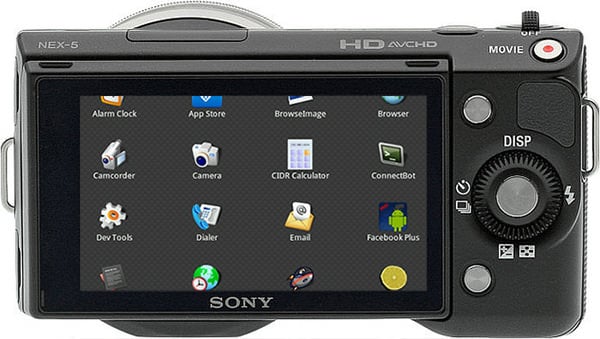 It looks like the digital camera industry is moving quickly towards building mobile operating systems into its products.

Yesterday we reported that a soon-to-arrive Nikon camera will be powered by Android, and today rumors have emerged that Sony will be offering something similar in its NEX line of mirrorless cameras.

SonyAlphaRumors wrote today that the upcoming Sony NEX-6 will offer “full Internet support” and be almost iPhone-esque in their functionality (without the making and receiving of calls, of course). It will become the first non-compact camera to offer these features.

This means that photographers will be able to connect to the Internet on their cameras through Wi-Fi, browse the web, and make full use of apps.

While photography purists might groan at the mention of “apps”, the possibilities afforded by apps would be quite interesting: many of the features currently offered by dedicated accessories could be handled by the camera itself.

To shoot time-lapse imagery, simply open up an intervalometer app, set it, and forget it. Need to quickly stitch 360-degree panoramas? Third-party developers could strive to create the best tool for doing so.

Photo shooting, sharing, and viewing may soon be entirely done through digital cameras.

Other rumored specs for the camera include an integrated viewfinder and a revamped 16-megapixel APS-C sensor. The price is rumored to be in the $900-$1000 range. No word on when it will arrive, but it’s likely sooner rather than later.

McAfee Social Protection Blurs and Locks Down Your Photos on Facebook