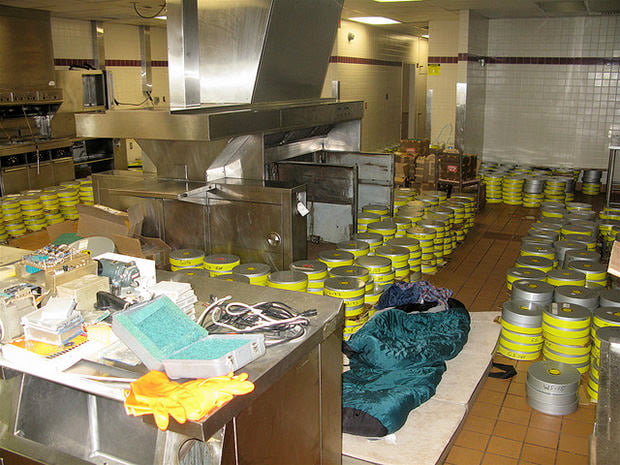 There’s an abandoned McDonalds in California that’s stuffed with 48,000 pounds of 70mm tape. These tapes contain never-before-seen ultra-high-res photographs of the moon shot by the Lunar Orbiter project 40 years ago. Rather than ship the film back to Earth, scientists decided to scan them on the spaceship, beam them back losslessly, and then record the data onto magnetic tape. Not wanting to reveal the precision of its spy satellites, the US government decided to mark the images as classified.

Now that the photos are no longer secret, efforts are underway to recover and digitize them. Steve Jurvetson describes the challenges faced by the Lunar Orbiter Image Recovery Project:

Recovering the data has proven to be very difficult, requiring technological archeology. The only working version of the Ampex tape player ($300K when new) was discovered in a chicken coop and restored with the help of the original designer. There is only one person on Earth who still refurbishes these tape heads, and he is retiring this year. The skills to read this data archive are on the cusp of disappearing forever. 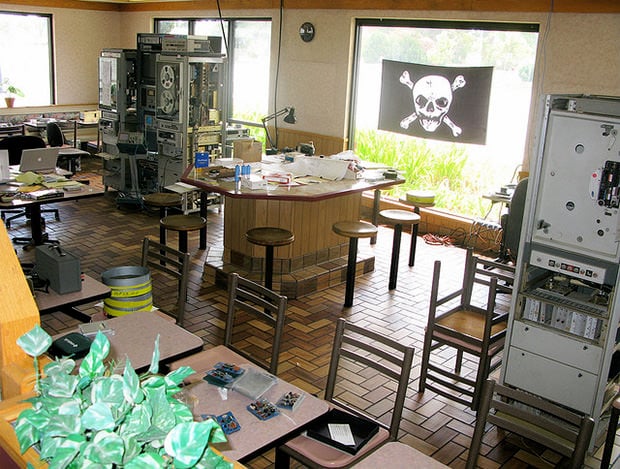 The story of how the project ended up in a McDonalds is pretty interesting as well:

Since the team required a facility with proper heating and cooling and a sink, available vacant buildings outside the gate at NASA Ames were whittled down to two: a barber shop, and a McDonald’s that had closed weeks before. Since the barber shop was relatively small, using it would require that the tapes be stored at a remote warehouse. On the other hand, the McDonald’s was much larger, had good lighting, adequate power and air conditioning and excellent parking. It turned out to need some improvements in the electrical wiring. By July 2008, the team had moved into the McDonald’s, (Building 596), now dubbed “McMoon’s”. 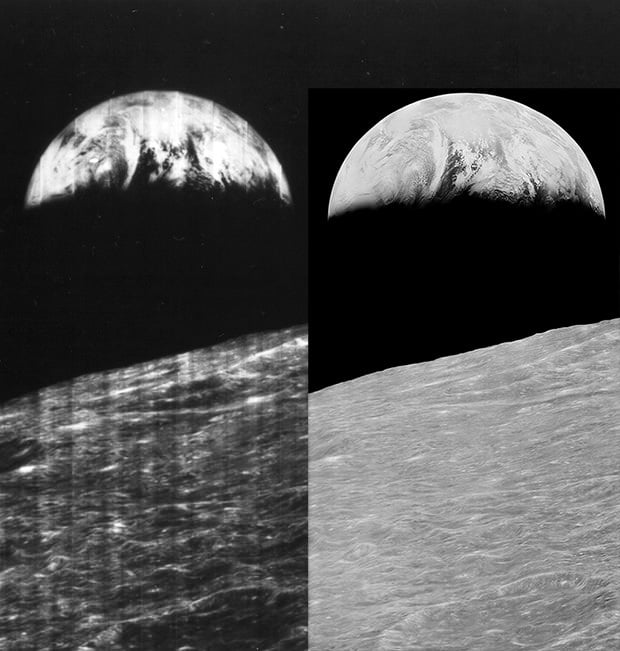 You can find out more about LOIRP on Wikipedia and over at NASA.

How to Make a Cheap Monopod Using a Broom Handle