In June and July of this year, record temperatures and dry conditions in Colorado led to massive wildfires that destroyed hundreds of structures and the loss of 2 lives. The fires were so big that the smoke plumes could clearly be seen from space.

College Station, Texas-based filmmaker and photographer Matt Johnson created the time-lapse video above that captures both the beauty of Colorado’s landscapes and the power of the recent forest fires.

The video shows the fires burning through thousands of acres of forest in July — some of the fires grew to over 80,000 acres in size. “I have never seen such a powerful event up close like this before,” Johnson says. “It was truly humbling.”

Johnson shot 21 time-lapse sequences over the course of a week, framing them against the backdrop of Colorado’s gorgeous wilderness locations. Some of the shots show the fire itself, while others focus on the gigantic smoke plumes rising up into the sky.

Certain shots were carefully chosen, while others were rather spontaneous. “I would be driving and have to stop the car and shoot a timelapse right there, because it was such a spectacular view,” the photographer says.

One particular scene emerged from a fishing trip. As Johnson began shooting the time-lapse photos, smoke from the fires suddenly formed a gigantic dark column that blotted out the sun. He says that it was “perfect timing” and “one of the most surreal and jaw dropping experiences” he had ever seen.

Here are some additional still frames that give you a taste of what this time-lapse captures: 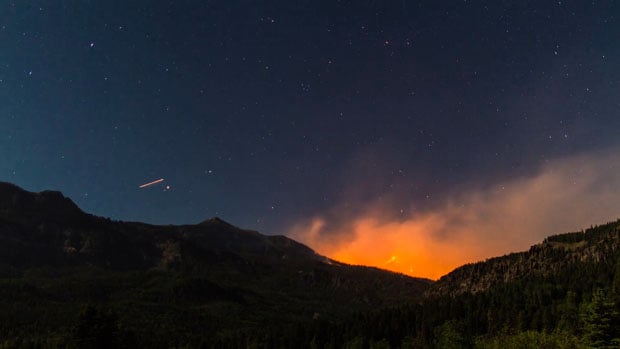 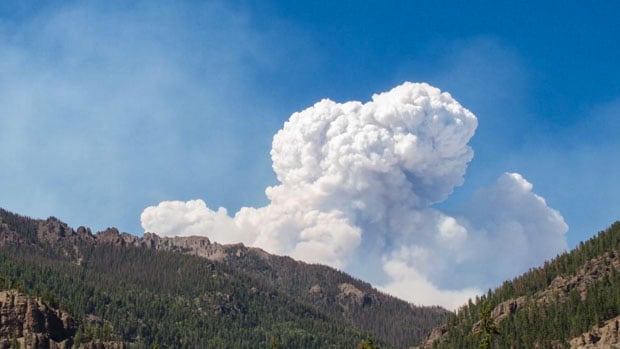 Gear-wise, Johnson shot everything with a Canon 7D, Pro Optic 8mm Fish Eye, Sigma 17-55mm, and Canon 24mm. The resulting data weighs in at over have a terabyte of space. You can download a 3GB high-res version of this video over on Johnson’s website.

Image credits: Video and still frames by Matt Johnson and used with permission