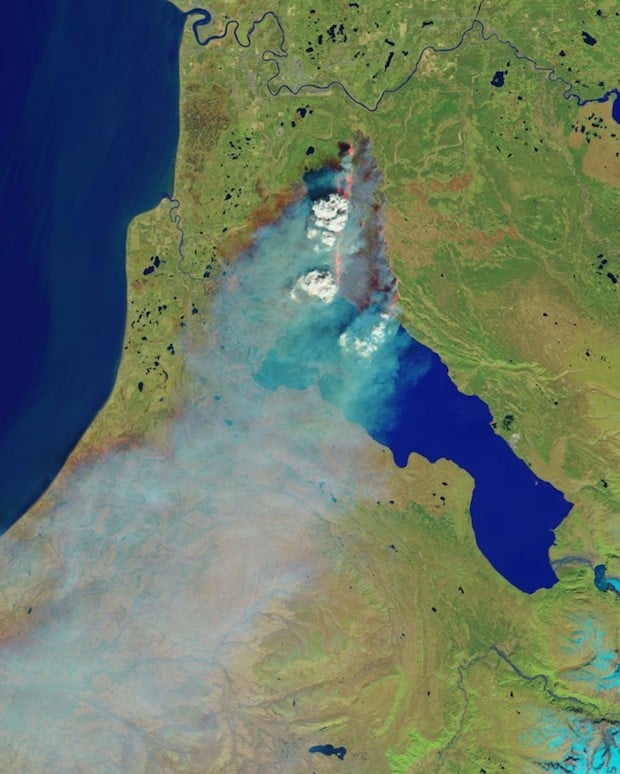 When it comes to natural disasters like hurricanes or wildfires, not even standard aerial photography can really cut it. To capture something that occurs on such a massive scale, you need a massive view, and so these disasters are often best visualized by NASA’s satellites.

Above and below are false and natural color images (respectively) of the ‘Funny River Fire’ that broke out on the Kenai Peninsula in Alaska on May 19th, and has since spread to encompass a difficult-to-fathom 183,294 acres (according to an update posted yesterday morning). For scale, that’s almost 35,000 acres larger than the city of Chicago. 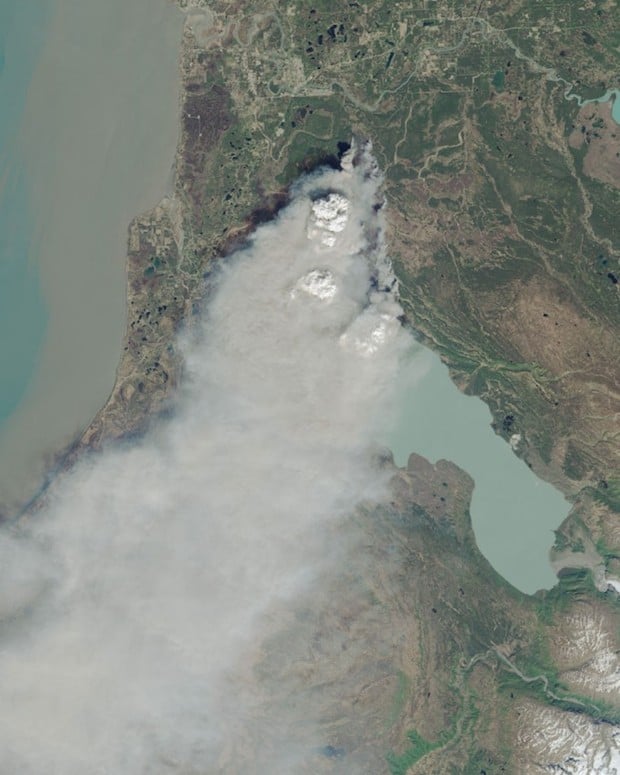 These photographs, taken by the Landsat 8 satellite, were captured on May 20th, just one day after the fire had started. At the time it covered less than a quarter of the Earth’s surface as it did yesterday, and yet it still seems incredibly vast.