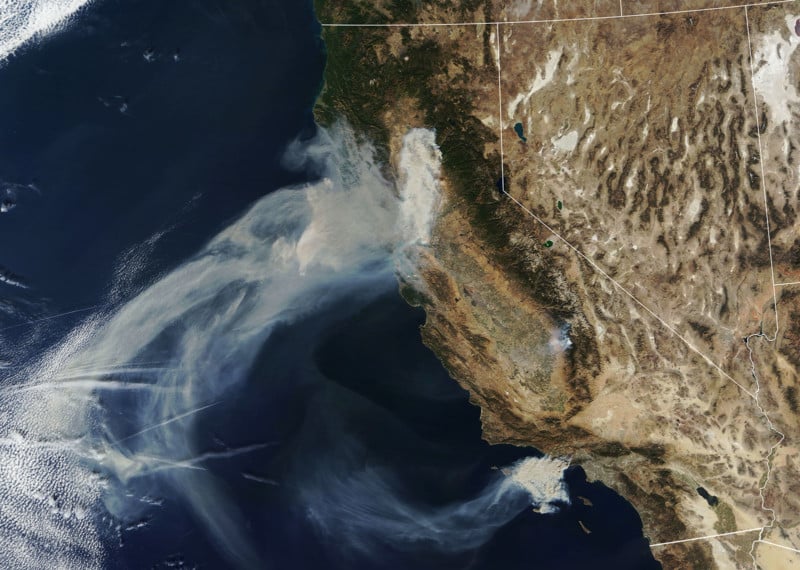 Three major wildfires have been raging in northern and southern California over the past week. NASA has released satellite photos showing the smoke and scale of the devastating Camp, Woolsey, and Hill fires.

The natural-color photo above was captured by the Moderate Resolution Imaging Spectrometer (MODIS) on NASA’s Terra satellite on November 9th. It shows the massive smoke plume from the Camp Fire in the north blanketing a large swath of the state and spreading westward into the Pacific Ocean. The Hill and Woolsey fires in the south are seen generating massive plumes toward the west as well.

Here’s a photo of the Camp Fire a day earlier when it started, captured by the Operational Land Imager on Landsat 8: 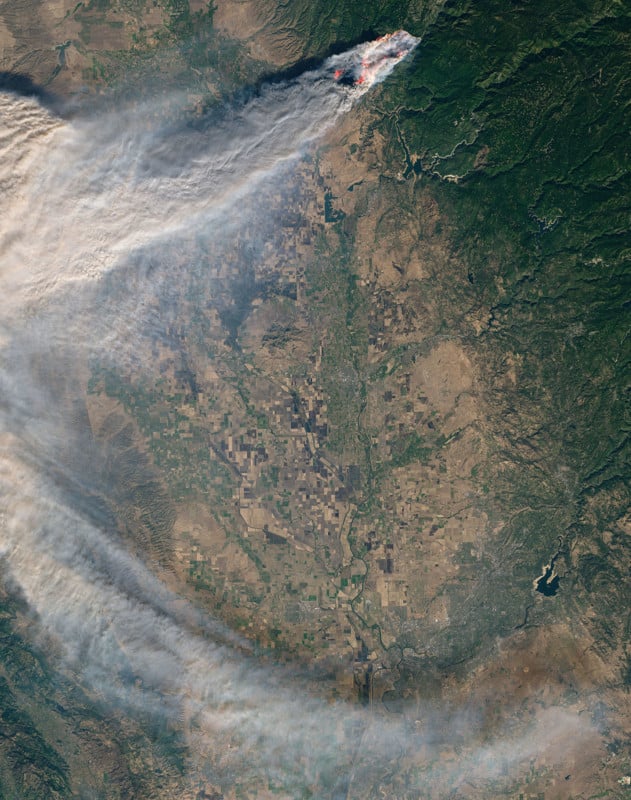 “The image was created using Landsat bands 4-3-2 (visible light), along with shortwave-infrared light to highlight the active fire,” NASA writes.

The Camp Fire is already the deadliest and most destructive wildfire in California history, having burned over 138,000 acres, caused at least 56 deaths, and destroyed over 10,000 buildings.

Here’s a cropped view that shows the fire on November 8th more clearly: 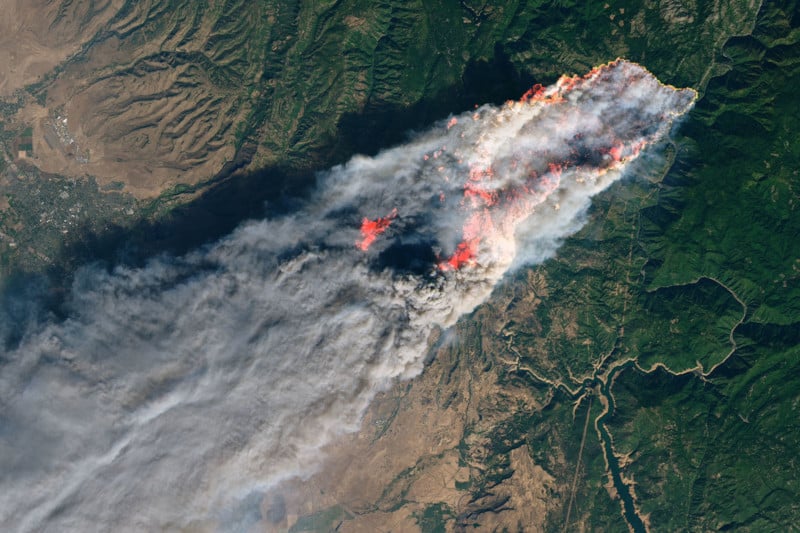 You can follow along with a day-by-day satellite view of the wildfires in California on NASA’s Worldview website.