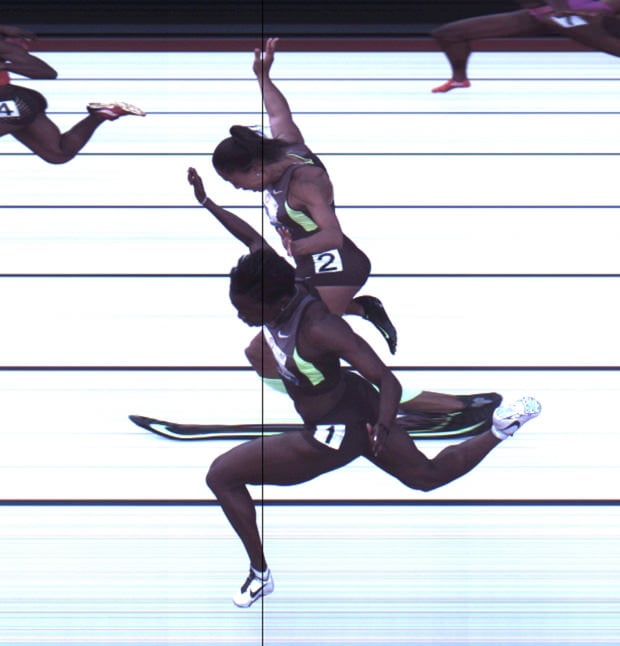 On Saturday night at the United States Olympic trials, sprinters Allyson Felix and Jeneba Tarmoh did something the sport had never seen before: tie on camera. Both runners crossed the finished line at exactly 11.068 seconds — see the photo above — and not even the high speed camera capturing 3,000 frames per second at the sideline could reveal a difference. Since this situation had never happened before, US Track and Field didn’t have any rule in place for how to deal with it. 24 hours later, they created a new rule: the athletes would be given the choice of breaking the tie with a coin toss or runoff, with runoff being the default if the athletes disagreed.

(via NYTimes via The Verge)