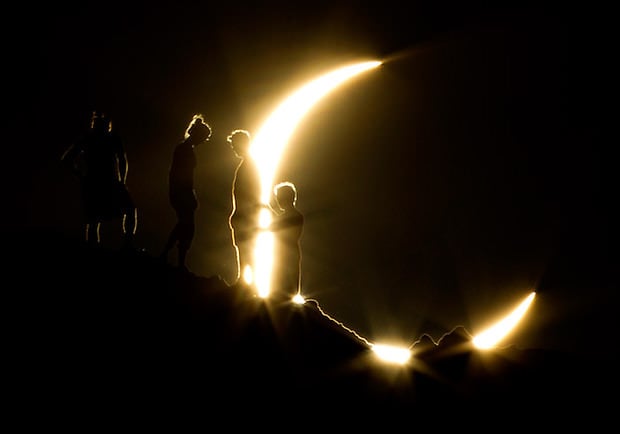 Of the photographs that emerged after the recent solar eclipse on May 20th, there aren’t many that are more epic than the “Ring of Fire” photo captured by Michael Chow of The Arizona Republic. In an interview with Dallas News, Chow reveals that the photograph was birthed rather spontaneously. Shooting the eclipse in Phoenix’s Papago Park — a hiking area he knows well — Chow noticed a group of people standing on a butte a quarter mile away. He parked his car, ran across some desert, and snapped the photograph using a Canon 1D Mark IV and 400mm lens at 1/6400 — all while doing his best to avoid looking at the sun directly.

Behind the Ring of Fire (via Coudal)

Image credit: Photograph by Michael Chow and used with permission

200 Yards: A Photo Project Documenting SF Through a Hyperlocal Lens