People ask me, “Jun Shen, how do you shoot so fast on the streets?!?” I’m like a ninja, whipping out my camera, shooting it, and putting it away so quickly that my subjects don’t know what hit them. They walk away whispering to themselves, “What was that? Did he take our photo?

It’s thanks to video games, folks. Read on to find out why. How did gamers get this way? Well, video games from as early as Super Mario Bros. to as recent as Modern Warfare 3 all share one thing in common. They are games that require quick input and even quicker mental prowess. Why? Whether you’re jumping from one moving platform to the next to avoid lava, or shooting bad guys in the face before they shoot you in yours, you need to press buttons or move your mouse faster than an Olympic athlete bursting out of starting position at the sound of the gun. You also need to be able to spot enemies from a mile away so that you can anticipate and plan your attack. These skills are highly necessary for becoming an effective photographer.

An article from Kotaku talks of scientists from the University of Rochester conducting an experiment in which a whole bunch of 18 – 25 year olds who weren’t gamers were told to play fast-paced action games like Unreal Tournament and Call of Duty for 50 hours. After the gaming sessions, the participants had to complete tasks such as determining the direction a group of dots were traveling, and the results showed that they answered correctly 35 percent faster.

Apparently this all comes down to how video games force you to streamline your decision-making process such that you’re constantly on your toes. Because there is only truly ever a binary of either winning or losing in most fast-paced action games, it’ll inevitably force you to try to improve your decision-making rate such that you get the bad guys quicker than they get you. So how does this help photography you ask? Well in the same way you might need to shoot someone in the face faster and more precisely in a video game, you might need to do the same to capture those fast fleeting decisive moments with your camera.

You may see some people doing something funky out on the streets and you want to be able to capture it at just the right moment. That’s where having the lightning reflexes to whip the camera up to your eye quickly and depressing the shutter at the right second matters. That takes both anticipation and instinct.

With regards to instincts, sometimes in-game you can’t stop to think if your aim on the enemy is dead-on, you just have to squeeze the trigger. Likewise in photography, sometimes you lift the camera to your eye in a split-second, and your finger has already depressed the shutter before you can even finish thinking of doing so. Playing video games can help hone your instincts to a point where your fingers are making the correct moves faster than your brain can think it. 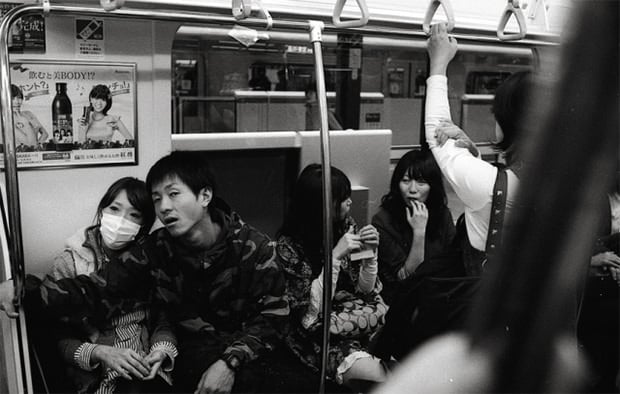 In a competitive game of StarCraft II, pro-gamers are firing off over 200 effective actions per minute. Mere mortals can only handle one or two simultaneous tasks in that video game, let alone be able to move their mouse around the screen that fast. Do you think they are thinking about all those 200 actions? Or are their fingers doing all the work for them because they’ve been wired in the right way already? Firing up your instincts to make those split-second decisions about capturing those decisive moments is crucial to becoming faster at photography.

Obviously back in the day, photographers like Henri Cartier-Bresson and Garry Winogrand only had the streets to hone their finely tuned photograph-taking reflexes. But we live in the future now! And the future has video games, so why not use that to our advantage eh?

Another way video games may be able to help with photography is improving your stealth capabilities, helping you approach subjects easier without them noticing you’re there. I guarantee playing Splinter Cell or Metal Gear Solid will totally give you the chops for becoming a true ninja. You will totally not look like a creep either. 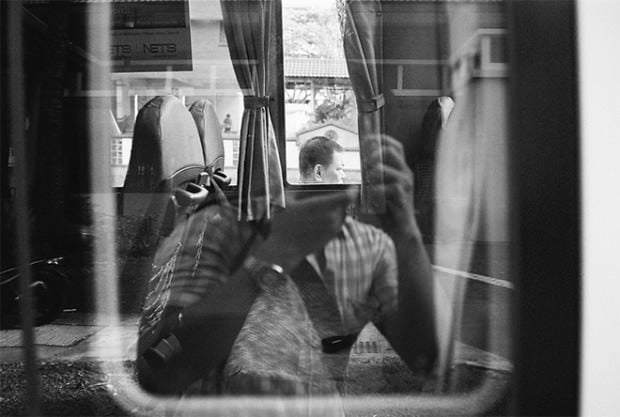 Of course, make no mistake, honing your reflexes is not just about playing video games. Buying an Xbox 360 or PS3, and playing it for 50 hours won’t make you a good photographer. I mean, it’ll take at least 18 years, as I have done ever since picking up a controller at the ripe young age of 6. You also need to get out there and actually lift a camera to your eye countless times. Just as some people curl barbells at home as they watch TV or while on the toilet, why not lift your camera to your eye repeatedly as you watch TV or while on the toilet?

About the author: Jun Shen is an enthusiastic photographer, writer, and gamer. He has studied video games at an academic level, and runs a game blog. You can check out his photos here. This post was originally published here.

How to Take Great Pictures in Space