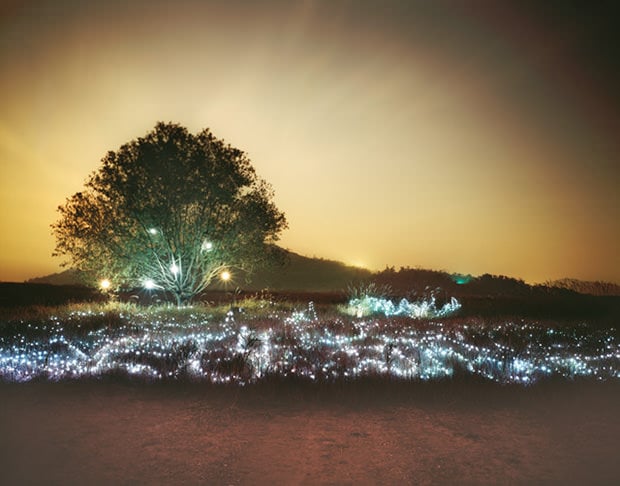 Starry night expresses private spaces given by night and various emotions that are not able to be defined and described in the space. I’ve chosen analogue type for the expression which attempts to install electric bulbs in an objet to be expressed using back space of night by taking advantage of huge studio. There are two spaces in photographs. One is a space before electric bulbs of familiar landscape are installed and the other is a space after electric bulbs expressed by dispersing personal emotion are installed. Unified light from these two spaces generates a mysterious landscape.

In each of his photos, it almost looks as if the stars have fallen from the sky onto the ground. 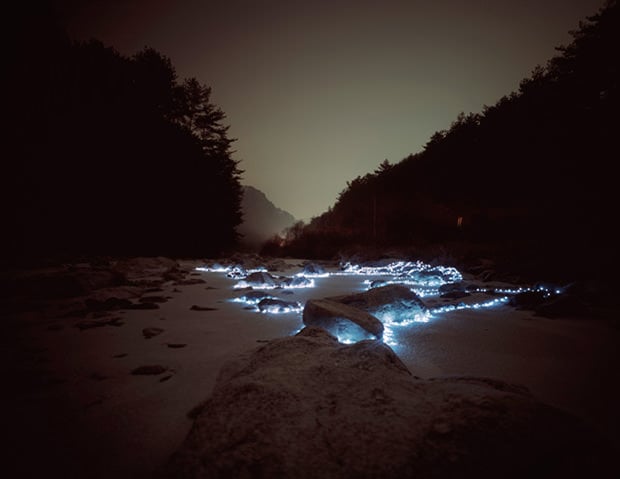 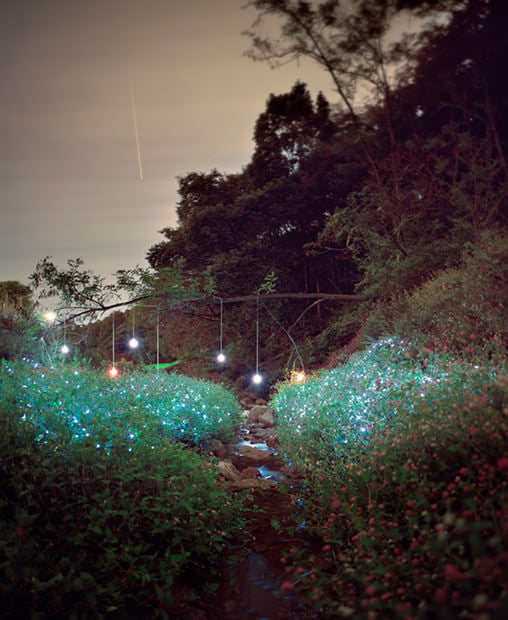 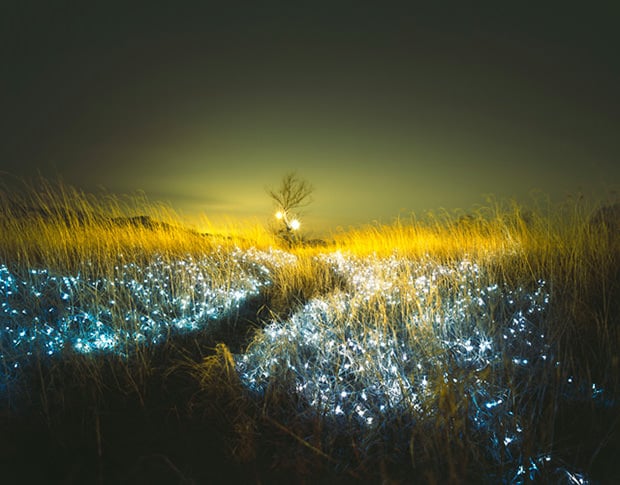 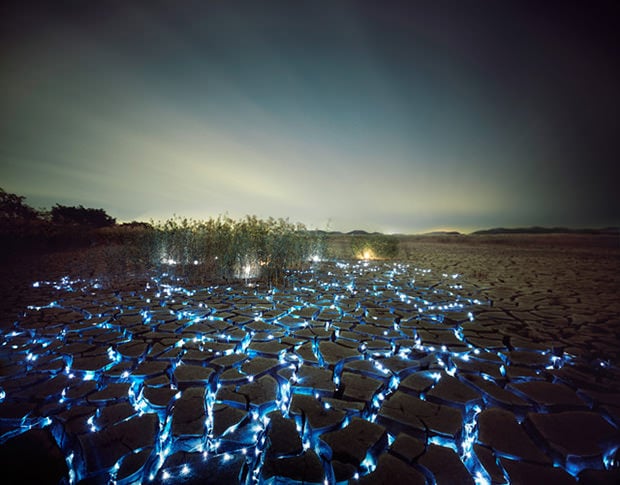 His work is currently being exhibited at the Gana Art Space in Seoul, South Korea.

Polaroid Land Camera Advertisements from the 1950s and 1960s

You Don’t Own Anything Anymore: Copyright Law in an Internet Age