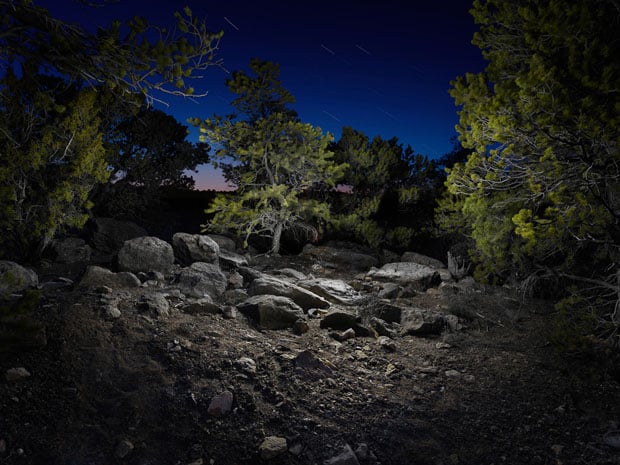 Photographer Harold Ross is a practitioner of “light sculpting.” Visiting various outdoor landscapes at night, he uses LED flashlights and other sources of light in order to selectively illuminate portions of his images. The resulting photos, which together form a project called “Night,” show various locations in a style that looks more like an illustration or rendering than a photograph.


The Pennsylvania-based has been working on perfecting this technique for over two decades years now. He says that part of the reason he started the series was to deal with his “childhood fear of being out in nature in the dark.”

While shooting the photographs, Ross is completely “in the dark” when it comes to how the final image will turn out. The illumination is a result of building up the light that shines on each portion of the frame. Although the illumination is artificial, Ross’ goal is to have it look “as natural as possible.”

“I’m interested in the interplay between the reality of the scene and the purposeful artificiality of the lighting,” he writes in the project’s artist statement.

Ross uses a Cambo Wide RS camera for his outdoor shots, and blends multiple exposures together in Photoshop (stacking the frames together into layers and then masking). 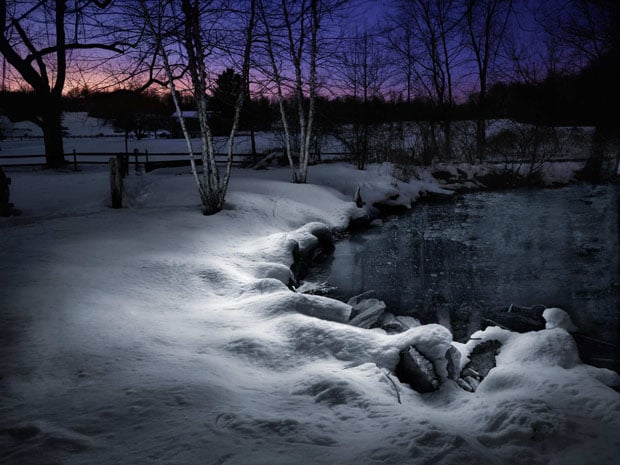 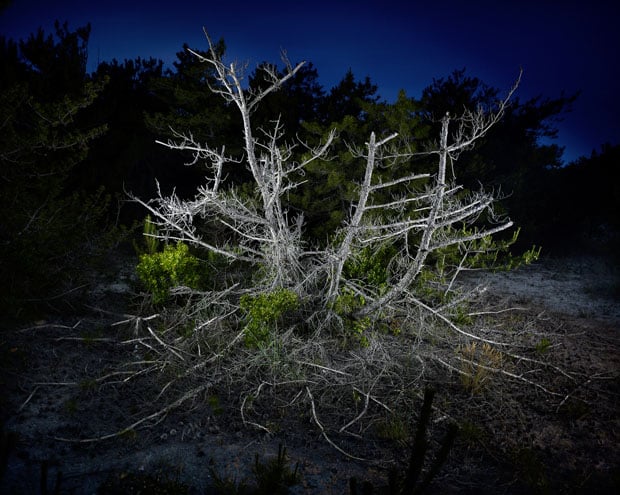 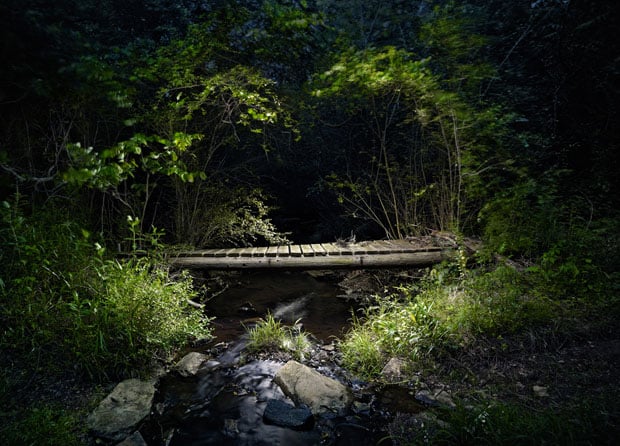 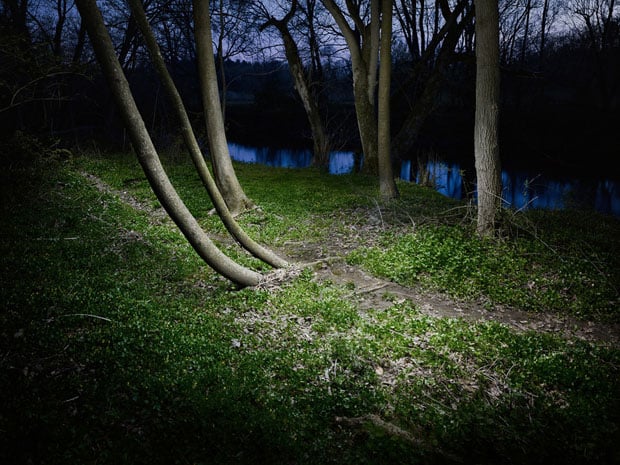 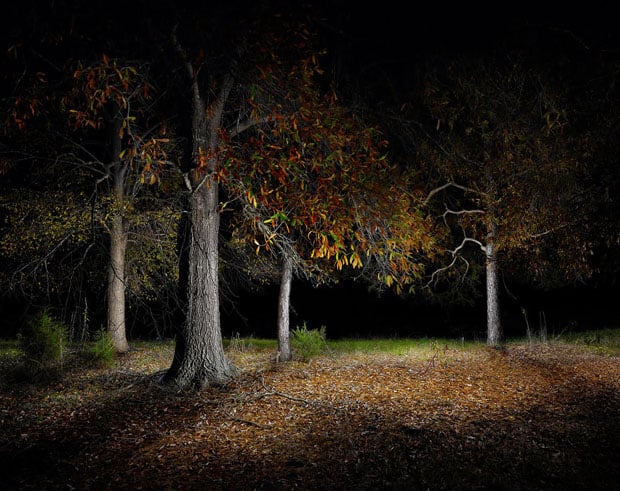 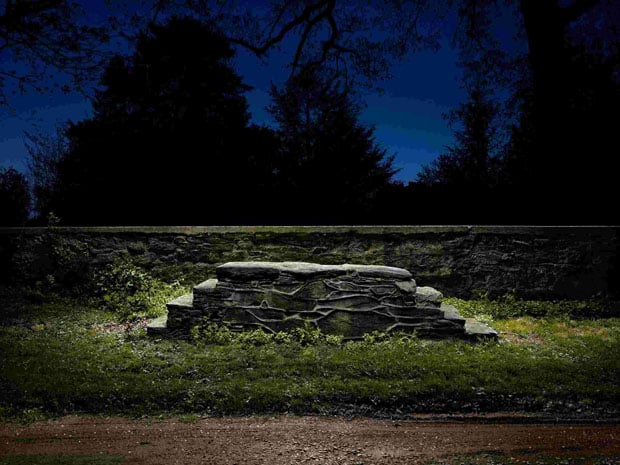 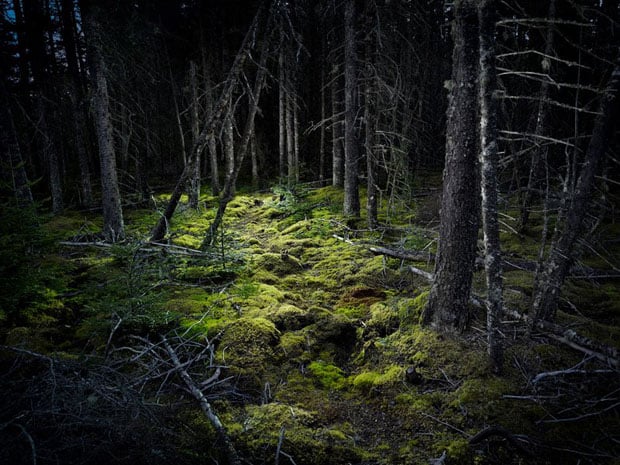 Here’s a video that shows Ross at work during a workshop he held to teach his light painting technique:

You can view higher-res versions of these photos over on Ross’ website.

“Night” by Harold Ross (via Colossal)

Image credits: Photographs by Harold Ross and used with permission