Editor’s note: This is a piece by photographers Bryan Formhals and Blake Andrews on how famous photographers’ styles are copied over and over again. Please do not read or comment if you take things too seriously. 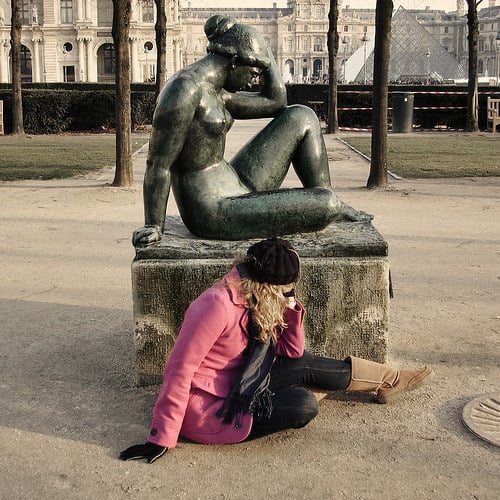 The other day while reading the Internet I came across “The 10 Most Harmful Novels for Aspiring Writers.” I wondered whether there could be a list for photographers as well. I thought about it and then sent my list to Blake Andrews to see if he wanted to contribute and have some fun with it. Here’s what we came up with. 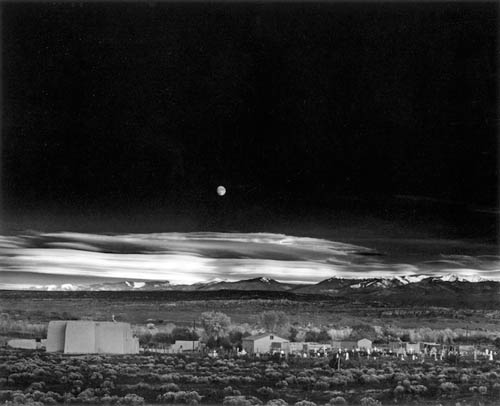 Ansel Adams created some remarkable images and he wrote the book (literally) on photographic technique. Yet on the whole he’s probably done more harm than good for photography. How many young photographers have fussed over which zone to put the shadows in while the light fades and the photo disappears? More importantly, how many perfectly exposed black and white vistas of snowcapped peaks or rivers snaking into the background do we need to see? Yes, nature is majestic. We get it. Saint Ansel showed us, and he did it better than you ever will, so move on already or we’ll score your performance as a negative. 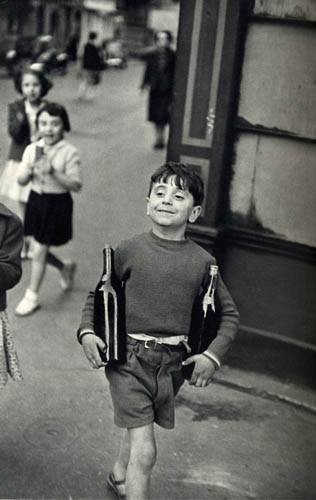 Cartier Bresson was a genius but also a Pied Piper. He probably did more to narrow the path of street photography than anyone else. Before HCB, street photography was relatively undefined and wide open. Then HCB came along and showed how it was done. You lurk the streets for hours, breathlessly hunting. Finally you alight on the perfect composition but… it’s missing that crucial element. What is it? You can’t decide. The stage is set. You wait until the the right person comes along. How long? Hours? Days? You wait as long as it takes… then, snap! Just like that the moment is decided, and unfortunately so are the next 70 years of street photography. Young photographers ever since have tortured themselves waiting forever on picturesque corners for that elusive Decisive Moment, the picture fully formed except for a perfectly postured pedestrian, or maybe just a finger pointing suggestively. Thanks, Henri, but I haven’t got all day. Can I have my life back now? 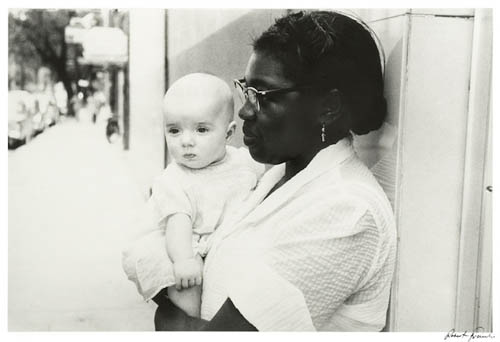 Robert Frank was a one-man revolution. Before him pictures for the most part were pretty and clean and pre-visualized, and shot from a tripod. Frank came along and tore a new A-hole in that aesthetic. Fortunately he had something to replace it with: a strong personal vision. Most young photographers who follow in his footsteps don’t. They mistake grain, guts, and verve with substance. Sorry folks, but hitting three out of four doesn’t count. I know it took cajones to shoot that cowboy bar at 1am pushing your film to 3200, but that doesn’t keep your photo from being boring. Time to shoot something you care about, and don’t try to convince me it’s flags or the underclass. 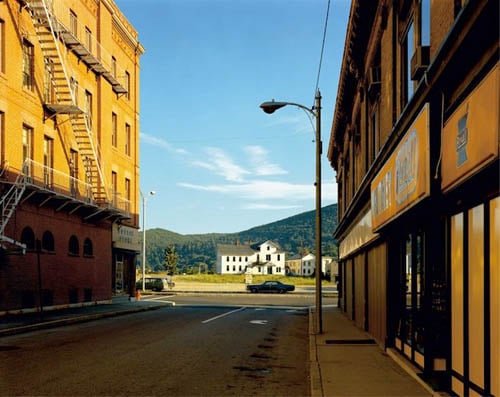 Stephen Shore was the ultimate Nothing photographer. To the untrained eye, or even to the trained one, his photographs seem artless. What’s the subject? Why this scene and not some other? Is this some sort of trick? A test? There’s nothing there. It’s only after repeated viewings that the framing, precision, and subject matter of Shore’s work begin to seem profound. Unfortunately, that’s too late for many young photographers. They’re already off shooting Nothing, hoping to follow Shore’s footsteps. Why, it’s easy. You find a gas station or a parking lot or a wall or something, maybe an antique car. The colors must go together since you found them like that, right? Line them up and… sorry to disappoint you but you just exposed a big fat 8 x 10 of Nothing. 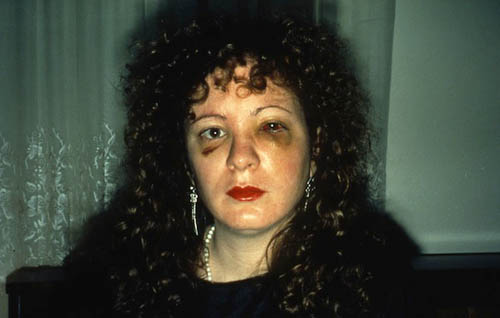 Hey youngsters, just because Nan Goldin is surrounded by glamorous friends leading tragic photogenic lives doesn’t mean your own story is halfway near as interesting. Goldin was in the right place at the right time and was an intuitive genius with the camera. Even when she was in the wrong place at the wrong time she was a genius. Chances are you’re in the wrong place, wrong time, and you’re not a genius, and no amount of post-production is gonna make your self-inflicted black eye in that snapshot seem like an accident. Get a life and stop your culture slumming, and don’t look now but your MFA is showing. 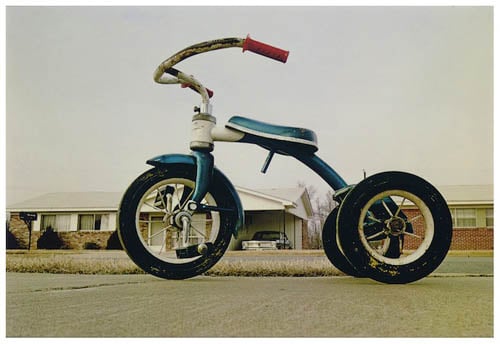 William Eggleston is a pioneer of color photography, and a legend. For the last forty years he’s been “at war with the obvious,” working in a “democratic forest” where everything visible is equally viable as subject matter. Trees, dirt, signs, houses, carpet, red ceilings, naked men, old men with guns, tricycles, etc. Working in this manner, he inspired many photographers to look no further than their immediate surroundings for inspiration. Then came digital cameras, and then the Internet, and then Flickr. Eggleston may have won the war with the obvious, but now the obvious is getting its revenge in the form of the millions of banal, boring, dull photographs that are being uploaded to the web everyday. We don’t need to go far to find the ‘democratic forest,’ in fact, we may never be able to escape it. 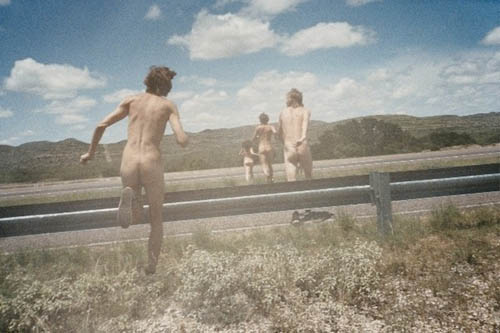 Ryan McGinley burst onto the scene with his photographs of carefree naked young people frolicking in wide open spaces. Arriving in the post 9/11 world, these photographs showed us that the young were resilient, still seeking, still loving, still experimenting. And damn, were they skinny and white, really skinny and white. It made me as a photographer want to rent a van, find some skinny pretty friends and just hit the road and live man, just live. Apparently though, this thought went through just about every young, hip photographer’s mind between the ages of 18-25. The open road impulse, along with a resurgence of the lo-fi film aesthetic has spawned endless blogs, Tumblrs and Flickr streams dedicated to documenting the carefree existence of pretty naked young people who are too busy dreaming to care how boring they look. 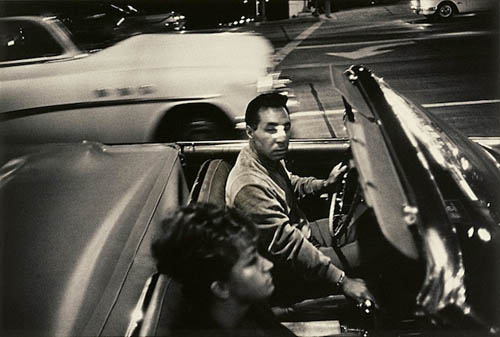 When you think about Garry Winogrand, almost immediately, you think about street photography. He was the photographer flaneur of the New York street’s in the ’50s and ’60s, who also took his Leica tilt show on the road in the search of the elusive photograph he’d never seen in his viewfinder before. He was obsessive and devoted, wild and loose with his compositions. ’What tilt?’ he would say in jest. What tilt? No, no, no! Don’t you understand young street photographer that it took him years and years and years to achieve the skill and precision necessary to compose on the fly. What tilt is not a legitimate rationalization for your own sloppy, poorly composed street photographs. You only have one choice in this, you must make it your goal to die with more than 2,500 rolls of undeveloped film. 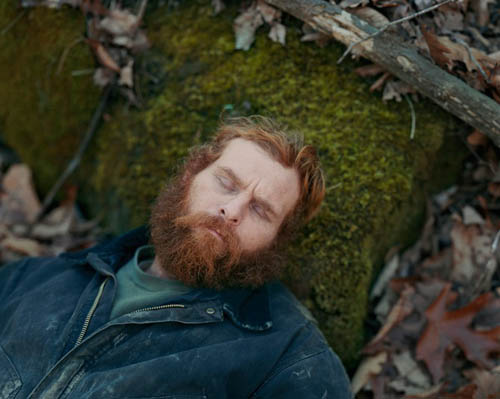 Lyrical landscapes, deadpan portraits, ironic interiors, melancholia, beard, 8x10s, epic projects. Thanks Soth, you’ve raised the bar so high I’m afraid all the bearded MFA kids are going to be old and gray before they ever finish their great American photography project. And really, do you have to be so bloody sardonic about contemporary photography? Photographers don’t need any help becoming grumpy and skeptical about photography. How about this, rent a van, buy a Leica M9, invite some 60-something hippies on a road trip to Puerto Vallarta, and document the whole thing on Tumblr. Wait, that’s pretty depressing too. You win Soth. 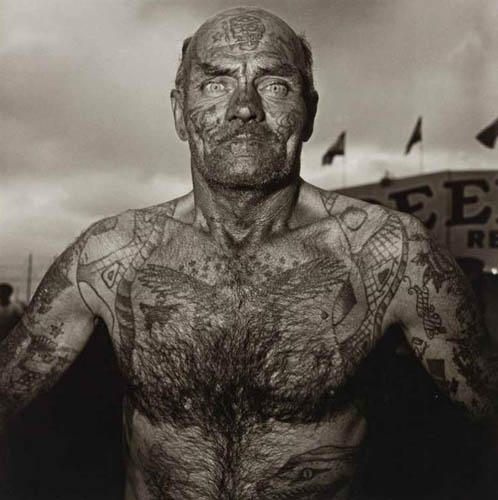 Actually, don’t ignore her work. Absorb it, absorb it all, marvel in her genius and grace. However, when the word ‘freaks’ enters your consciousness put the book down immediately. The characeristics that drew Arbus to her subjects aren’t going to be the same for you. Her famous quote, “I really believe there are things nobody would see if I didn’t photograph them,” applied to a much different time period. Today with cable TV and the Internet, we’re to see just about every type of human, in every form imaginable. What draws photographers to certain people is a mystery. Embrace it, and follow your intuition.

(via LPV Magazine via Wired)

About the authors: Bryan Formhals lives and works in New York and is the founder and managing editor of LPV Magazine. Blake Andrews is based in Eugene, Oregon and runs the photography blog B. This article was originally published at LPV Magazine here.

Image credits: We Like to Imitate Statues by gennie catastrophe. Other photographs are by their respective photographers

Photographs of Airplanes Hovering Over the Heads of Sunbathers

Photographers Tell the Stories Behind Their Worst Shots