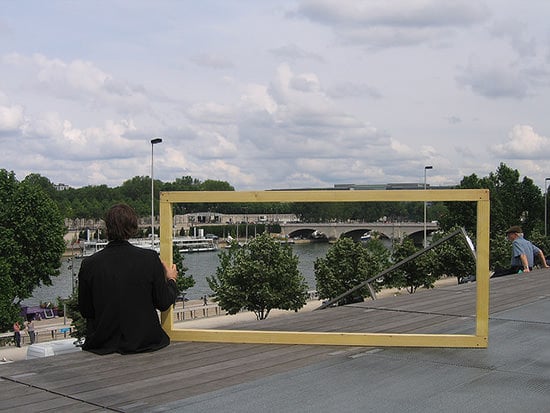 Every photographer probably has at least one story of a photo opportunity they missed simply because they decided not to press the shutter. Photographs Not Taken is a new book by photographer Will Steacy that offers 62 stories told by photographers around the world about moments that never became photographs. Sean O’Hagan of The Guardian writes that the decision is often an ethical one:

Consider the story related by Sylvia Plachy who, on a street in midtown Manhattan just after the twin towers of the World Trade Centre had collapsed on 9/11, encountered a dust-covered man “who had walked though hell”. He was, says Plachy, “the icon” of the human tragedy. Many people took his photograph. She did not. “I would have had to step in front of him, interrupt his frantic pace,” she writes. “I felt ashamed. I hesitated. I questioned. It didn’t seem right. In an instant he was gone. I didn’t do it.”

Plachy spent the following fortnight roaming the streets of downtown New York looking for another picture as powerful as the one she had not taken. “His image haunts me to this day,” she writes, adding ruefully, “Diane Arbus would have done it.”

This story, it seems to me, gets to the heart of the matter. Many photographers share Arbus’s view that you take the picture whatever the cost – to yourself as well as the subject. I have always been uncomfortable with that notion. It says that nothing is too intimate, too private. It insists, too, on the primacy of the photograph over the experience.

If you have your own stories of times when you couldn’t bring yourself to press the shutter, please share it with us in the comments!

Photographs Not Taken (via The Guardian)

Humorous Portraits of One Couple and Many Looks