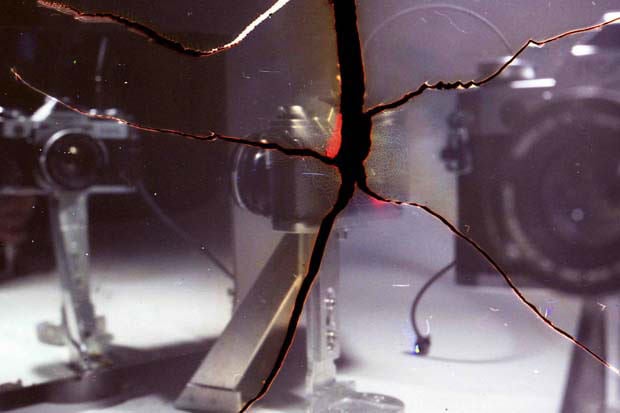 Photographer Steven Pippin creates unique photographs that capture the precise moment in which the camera used to capture the photo is destroyed by a bullet from a handgun. The images show the final moment of the camera’s existence (with the help of a mirror) and are themselves damaged by the bullet passing through the film. 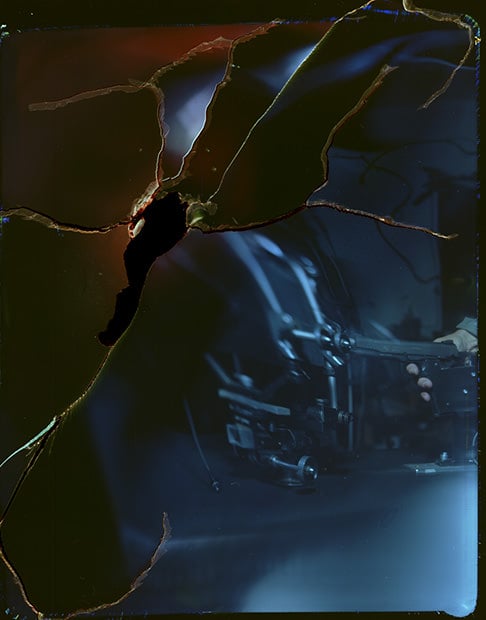 Regarding his method, Wired writes,

To take the photos, the camera and gun are put into rigs lined up with each other. The gun has a piezo electric sensor mounted close to the chamber so that as soon as the shot fires, a signal goes to a timer of delay unit and then to a high speed flash (1/140,000 second flash duration). Before the gun is directed at the camera, it is calibrated using four or five shots to make sure that the timer is adjusted to make sure that the bullet is at the point of impact when the flash is triggered.

Once it’s ready, the room is left in total darkness with the film loaded and the shutter open before the trigger is pulled. The film is then retrieved from the broken camera and the lights turned back on. 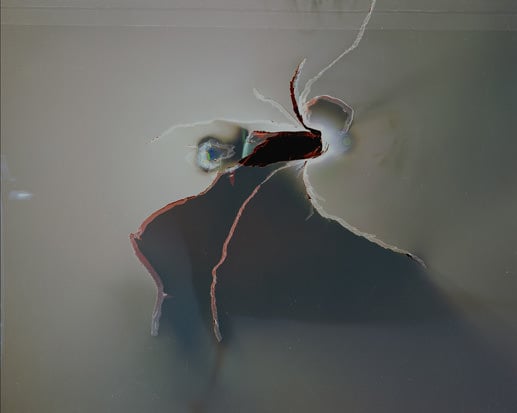 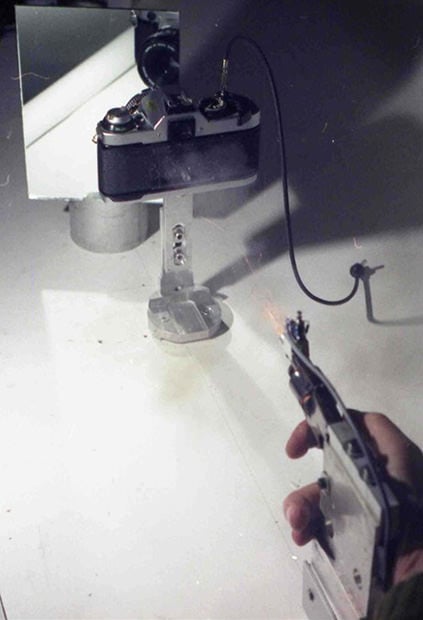 A sensor is used to determine when a gun is fired, and a timer is used to trigger the flash just as the bullet makes impact with the camera. 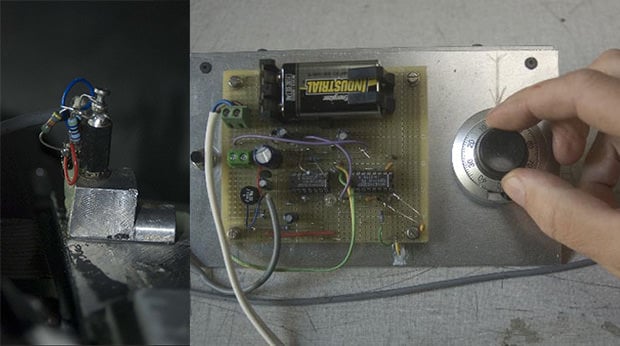 Pippin’s work will be on display at an exhibition titled RESISTANCE at the The Fine Art Society Contemporary in London from April 18, 2012 to May 5, 2012.

Instagram Portraits of the Yankees Shot Inside a Bathroom-Turned-Studio

How to Visualize Photography Lighting Setups in Blender