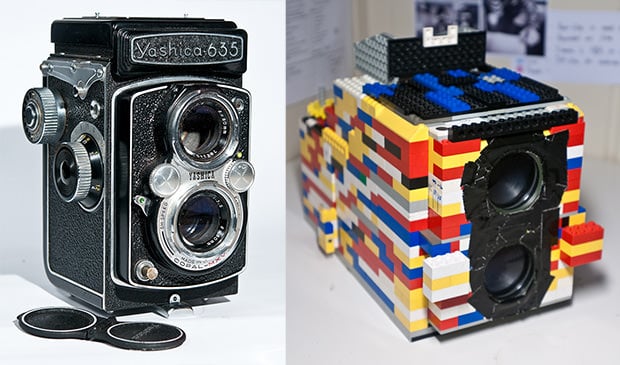 After seeing the LEGO large format camera we featured last year, Norway-based photographer Carl-Frederic Salicath set out to create his own LEGO camera. Rather than go with large format, he decided to build a more complicated Rolleiflex-style twin-lens reflex camera that uses 120 film. Aside from LEGOs, he also used some matte ground glass, a mirror, and lenses taken from a binocular.


Here’s a diagram showing how the camera works, and a few more views of the camera from different angles: 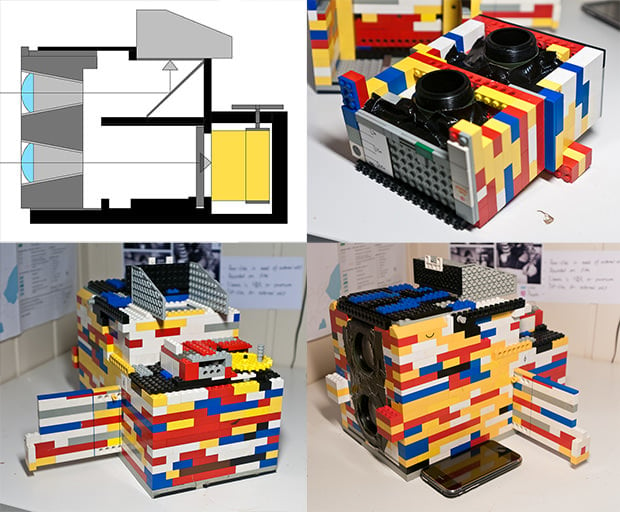 The film chamber uses brackets and rods from a LEGO technic kit to hold two film rolls in place and guide to film to the shutter plate. There’s also a fancy rewind lock that prevents the film from unrolling itself: 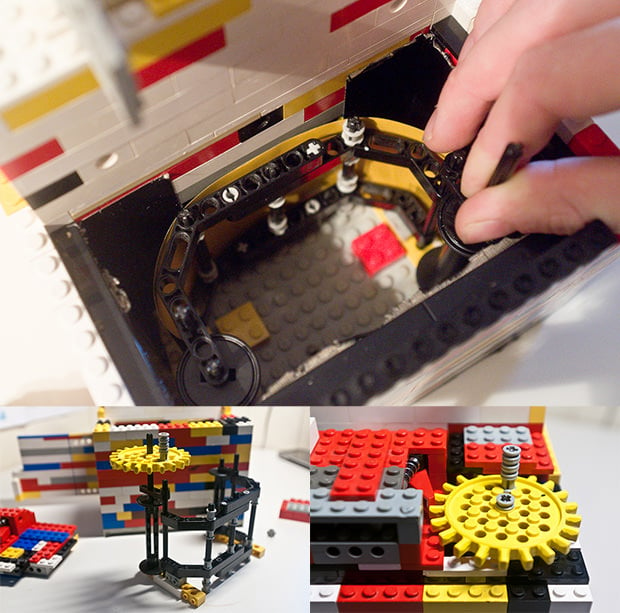 You frame shots with the camera by looking into the viewfinder at the top of the camera. Focusing is achieved by moving the lens box back and forth to change the focal point: 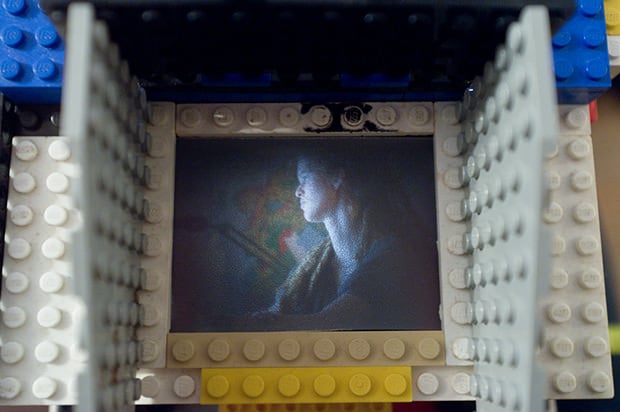 Here are a couple sample photographs captured with the camera: 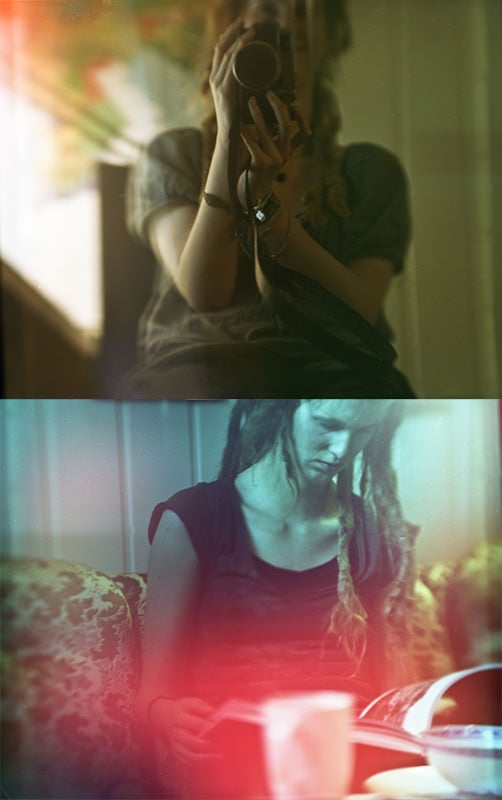 If you’re interested in creating your own “LEGOflex”, Salicath has a pretty detailed description of how he went about building the camera over on his blog.

Image credits: Photographs by Carl-Frederic Salicath and used with permission