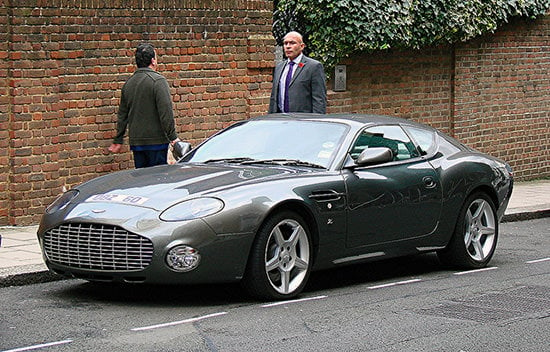 Last week we reported on a dispute between photographer Jonathan Kent and The Telegraph over the newspaper’s “use first and ask/pay later” policy. After contacting the paper over an image of his that was used without permission, Kent received a response from picture editor Matthew Fearn, who informed him stating that their policy is standard and due to the “ever-shifting nature of news”. In response, Kent wrote up a tongue-in-cheek letter likening the paper’s actions to borrowing a car for a joyride and paying for the use afterward.


Here’s the original letter sent from Fearn to Kent:

Thank you for your 8 February email, which has been passed to me.

You will appreciate that ours is a fast-moving industry and the ever-shifting nature of news – in particular with the advent of online publishing – is such that it is not always possible to secure copyright clearance before pictures are published.

Our industry therefore adopts the stance that if a picture has no overwhelming artistic value and if there is no issue of exclusivity (ie it is already being published online or elsewhere) then no reasonable copyright owner will object to its being republished in exchange for a reasonable licence fee. The only alternative to such a stance is not to publish pictures at all unless they come from a commercial library, the available range of which will inevitably be inadequate.

Clearly it is open to the copyright owner to adopt the position that we have “violated” their copyright. The legal position in cases of breach of copyright is generally that the publisher is required to pay double the industry rate to take account of any ‘flagrancy’ of the breach. Inevitably the outcome is that publishers tend not to use pictures from such copyright owners in future.

In this instance, and in light of what you have told us, we have no reason to doubt that you are the copyright owner for this picture. However the blog from which it was taken gave no indication as to the copyright owner and no contact details. We therefore used it (in fact we inadvertently used it again for some four hours this morning) in the normal way, which is to say that we were always prepared to pay the industry standard rate.

The rate for online-only use of a picture such as this is £25. For using it twice (as we have now done) we would normally pay £50. Were you to adopt a legal route and succeed in proving ‘flagrancy’ (which we deny) we believe you would be awarded £100 in damages in total.

We readily appreciate that the commercial rates available for online picture licences are depressingly low. We have no wish to make life difficult for photographers – our business depends heavily on them – which is why you were immediately offered £200 for a single use of your picture. This was eight times the industry rate. Since we have now used it a second time (albeit only very briefly) we are prepared to increase this offer to £400 in full and final settlement. We note that you are taking legal advice and it therefore seems reasonable to keep this offer open for a period of 24 hours.

We hope this is of some assistance.

…and here’s Kent’s response to Fearn:

About your motor. I was passed an email by a colleague and you make your position quite clear. You’re quite obviously upset that I borrowed it yesterday afternoon without asking you.

Now, and I don’t want to be patronising here, we live in a changing world. I move in fast circles. I have places to be, bars to visit, restaurants to enjoy and an unbelievable number of glamorous women to impress.

So there I was yesterday afternoon when I got a call from the hottest girl I know. She wanted me to take her to The Fat Duck and when needs must the devil drives – well actually I drive, but I couldn’t lay my hands on an appropriate vehicle.

Then blow me if I didn’t spot your Aston. Now call me stupid but there it was, parked on the street, in full view of the public. I would have liked to have asked you but, and I’m putting this down to the fact that you don’t know how people like I work, you failed to leave a piece of paper under the wipers with your name, address and number on so I could check first that it was OK for me and Shazelle to take a spin in it.

So, and I accept this, I just opened the door (I’ve got a pick that does most Astons, so no damage), hotwired it and drove down to Bray.

You’ll be pleased to know it wasn’t a wasted trip. Heston is on cracking form, and so is Shaz for that matter. I took some tissues with me so you shouldn’t notice any staining on the leather, not that there’s much room in the back seat of a DB7.

I notice that you use the word ‘stole’. It’s an ugly word ‘stealing’. I’d suggest that all I was doing was making appropriate use of the car. After all it’s designed to be driven and that’s all I did.

But it’s a fair cop. I didn’t ask. So here’s what I’ll do. Normally when I borrow someone’s car for a couple of hours I slip them fifty quid. I know it’s not a lot but what with the number of city boys what can afford Astons these days they’re two-a-penny and it’s easy to find one who never gets out of Canary Wharf and could use a little cash to buy a bit of Charlie to make lunchtime pass faster.

So in view of the misunderstanding I’ll make it a hundred. Mind you, the rule of thumb is that if someone kicks up and demands extra wonga I don’t rent their car again, so you’re doing yourself out of the opportunity to earn the odd fifty quid in future.

Now what with you having roped in yer lawyer and all, perhaps I can go to £200, but there’ll be bad blood between us. Shazelle thinks you’re a bit out of order too. But the offer’s there. I’ll give you 24 hours or I’ll blow it all down Annabel’s.

P.S. Sorry about the scratches. I reckon it’ll buff up a treat with a dab of T-Cut so no harm done eh?

What’s your opinion on this dispute and the newspaper’s policies?