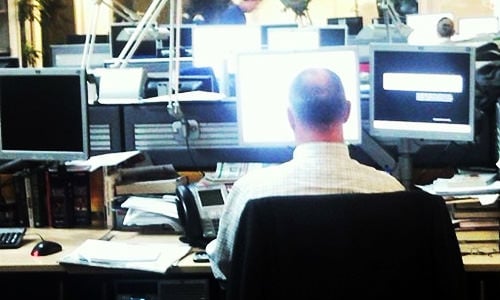 After discovering his photograph used without permission on The Telegraph’s website, photographer Jonathan Kent contacted the newspaper asking to be compensated for the unauthorized use. He then received an email from deputy picture editor Matthew Fearn, who defended the newspaper’s actions, stating,

[Due to the] ever-shifting nature of news – in particular with the advent of online publishing – […] it is not always possible to secure copyright clearance before pictures are published.

Our industry therefore adopts the stance that if a picture has no overwhelming artistic value and if there is no issue of exclusivity (ie it is already being published online or elsewhere) then no reasonable copyright owner will object to its being republished in exchange for a reasonable licence fee. The only alternative to such a stance is not to publish pictures at all unless they come from a commercial library, the available range of which will inevitably be inadequate.

[…] In this instance, and in light of what you have told us, we have no reason to doubt that you are the copyright owner for this picture. However the blog from which it was taken gave no indication as to the copyright owner and no contact details. We therefore used it (in fact we inadvertently used it again for some four hours this morning) in the normal way, which is to say that we were always prepared to pay the industry standard rate.

Fearn has reportedly offered Kent £400 to settle the case, arguing that it is a higher amount than Kent would be awarded by the court.

World Press Photo of the Year 2012