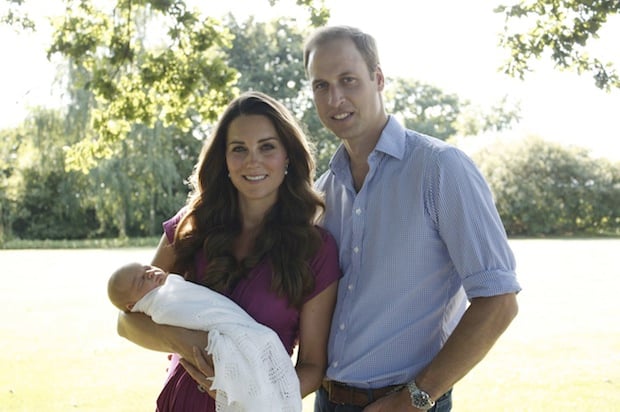 Prince George Alexander Louis of Cambridge, often referred to these days as Royal Baby George, had his first photo shoot recently. But if you expected the future British king to get his pick of professional photographers when it comes to his first official family portraits, you’d be wrong.

The photos — which have been called everything from “intimate” and “cozy” to “not really what you want” and “just bad” — were actually taken by the Duchess of Cambridge’s father, Michael Middleton.

There are two photos in all (you can find high-resolution versions here), taken at the Middleton home in Bucklebury earlier this month. Both show the Duchess and Prince William posing with little George, with their dog Lupo making an appearance in the second: 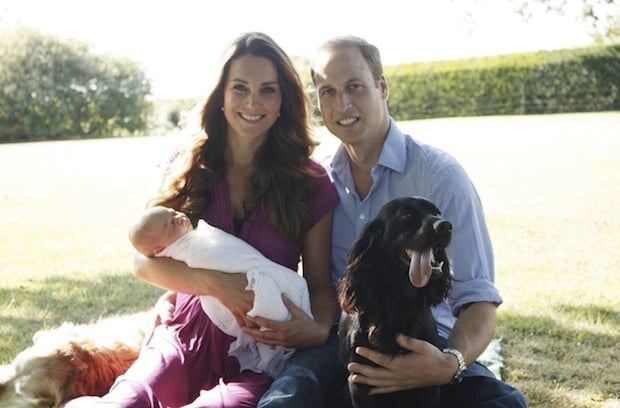 They are indeed intimate, cozy family snaps, but as vice chairman of the British Press Photographers Association Eddie Mulholland told The Telegraph, “in terms of the quality, they are not really what you want for such a historic picture.”

Without a fill flash to help grandpa Middleton out, the backlighting leaves something to be desired. But while some — like The Mirror’s royal photographer Kent Gavin — offered friendly advice, others were more critical.

“It’s not a very good effort,” Arizona-based photographer Christopher Barr told CNN, “It’s a particularly poor effort given that he’s taking pictures of such an important thing at such an important time.” He also added that “even somebody with a modicum of Photoshop knowledge could improve these pictures immeasurably.”

What’s your take on the photos? Commenters on CNN tended to be a bit kinder about the images than the professionals who weighed in above, congratulating “grandpa” and saying they actually prefer the “family snap” to a professional portrait. Let us know what you think in the comments.