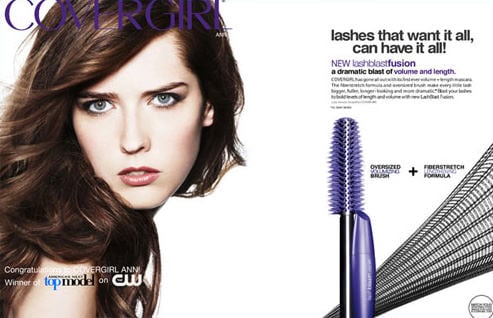 The US is following the UK’s lead in banning advertisements for having too much digital manipulation. The National Advertising Division, a US watchdog that imposes self-regulation on the ad industry, has banned a CoverGirl mascara ad by Procter & Gamble because Photoshop was used to make the girl’s eyelashes thicker than they were in real life. Even though the enhancement was disclosed in the ad itself, NAD wasn’t satisfied, saying,

You can’t use a photograph to demonstrate how a cosmetic will look after it is applied to a woman’s face and then – in the mice type – have a disclosure that says ‘okay, not really.’

The NAD says that it’s following the lead of its sister body in the UK, the Advertising Standards Authority. Back in June, ASA banned a makeup ad featuring Julia Roberts for being too manipulated.