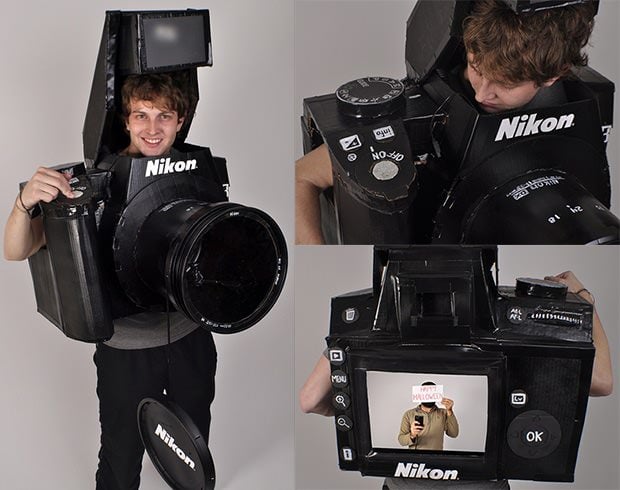 For Halloween this year, photographer Tyler Card decided to made a giant Nikon DSLR costume. Not just any DSLR costume, mind you, but a fully functional one. The camera actually takes pictures when the shutter release button is pressed, and the photograph is displayed on the giant LCD screen on the back. The built-in flash also works, and the camera is even capable of triggering Alienbees strobes.

The giant camera body is made out of cardboard and a five gallon bucket. A Nikon DSLR was then placed into the camera and connected to the LCD screen and giant shutter button.

Here’s a video showing the camera in action:

This behind-the-scenes video gives a glimpse into how it was made:

(via Tyler Card via PopPhoto)