Update: We’ve removed this image to avoid fringing on the copyright held by Magnum Photos. Click the image below to see the original side-by-side comparison. 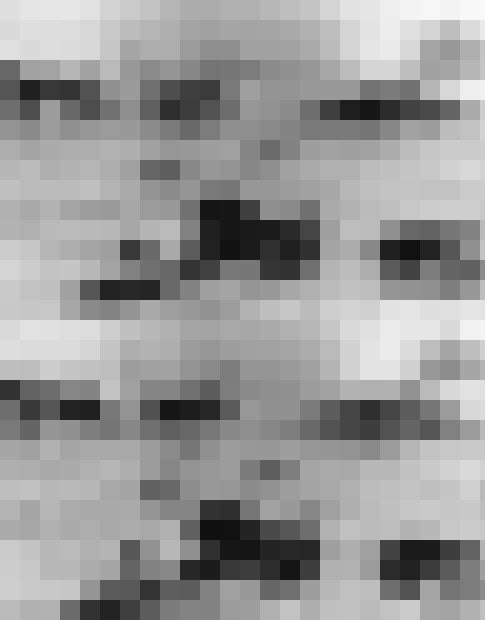 Still think Adobe’s Image Deblurring technology is fake? Check out this before-and-after comparison showing what the feature does to one of the most famous camera-shake photos in history: Robert Capa’s D-Day photograph of an American soldier landing on Omaha Beach.

This is the “blur kernel”, which shows the camera movement that caused the blur:

Chief Scientist Jue Wang (the guy who did the demo at Adobe Max) writes,

To me the system does a reasonable job. It recovers some details that you won’t be able to see easily in the original. Of course the noise gets boosted somehow, we applied a small amount of noise removal on the output, but maybe a decent denoising algorithm can help here. The most interesting thing is the estimated blur kernel, or in other words, how Robert Capa moved his camera when he shot this one. The kernel shown above not only depicts the camera trajectory, but also shows how long the camera stays at each spatial location (white means longer, black means shorter). It seems Robert kept the camera steady for a while, then suddenly moved to the left before the shutter closed completely. Of course all these happened in the fraction of time when his shutter was open. [#]

Wang also has a couple more before-and-after examples on his personal website. Lets hope this feature makes it into Photoshop soon!