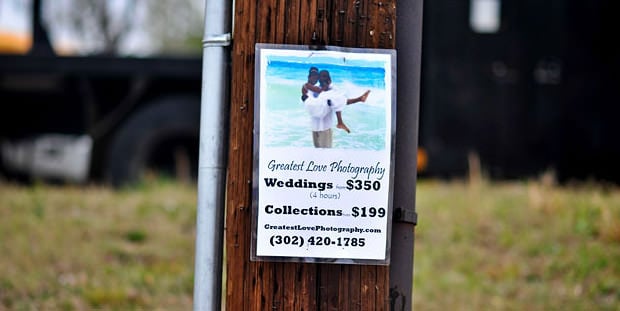 Photographer Zack Arias has an interesting piece on why he doesn’t think photographers should feel threatened by others who offer their services for absurdly low prices:

Think of the brides out there who don’t have a budget but want some photos of their weddings. Maybe there are young couples getting married who don’t have the parents to pay for a big event or they don’t want to start their young family in debt but they would like someone to come take some pictures. Are you saying that if they can’t afford a $3,000+ photographer then they don’t deserve photos? Are you saying that if they can’t afford a Mercedes then they shouldn’t be allowed to drive? Shame on you. Not everyone can afford pro level prices. That doesn’t mean they can’t have some level of photographic services available to them.

Cheap Photographers Only Kill Themselves, Not The Industry [Zack Arias]

Turn Your Favorite Instagram Photos into an iPhone Case