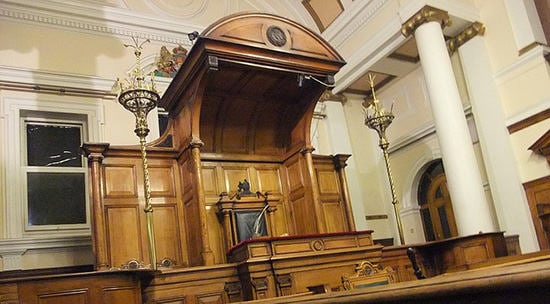 A 19-year-old man in the UK has been sentenced to two months in prison for snapping a courtroom photo. Paul Thompson was sitting in a public gallery last week — the defendant was a friend who was on trial for robbery — when another friend texted him to ask where he was. Thompson decided to snap a picture with his Blackberry to explain why he couldn’t talk, but was quickly arrested by officers who noticed what he was doing. He was then sentenced to two months in prison for “contempt of court” by Judge Barbara Mensah, who wanted to send out a strong message:

There are notices all around the court building about not taking photographs in court. This is a serious offence and the message must go out that people cannot take photos.

Although two months in jail seems harsh, it could have been worse: CBS News notes that the law gives the courts the right to jail someone for up to two years for photography.

(via The Guardian via Small Aperture)

Update: Apparently the teen was being a lot more disruptive than most news sources are reporting. Thanks Tom.

Watch the National Geographic Film “The Photographers” For Free Online