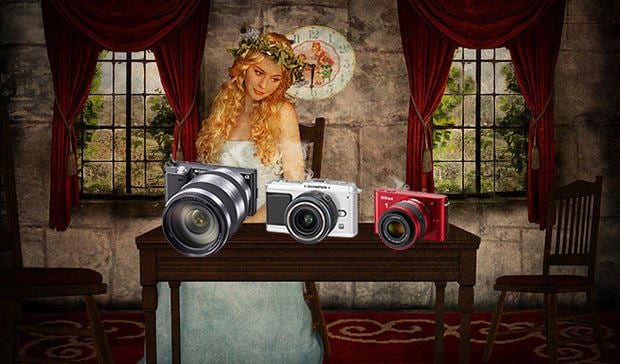 Many Nikonians would have been overjoyed if Nikon’s mirrorless cameras had been announced with an APS-C sensor instead of a 1-inch one, but are DSLR-sized sensors the best fit for smaller interchangeable lens cameras? Michael Johnston over at The Online Photographer says no, arguing that Micro Four Thirds is the optimal size:

APS-C sensors work fine in fixed-lens mirrorless cameras, such as the Leica X1 and the Fujifilm X100. And while NEX is making its own splash and winning its own adherents, many have pointed out that the over-large sensor is distorting the size of the lenses, preventing them from being miniaturized in proportion to the cameras. On the other hand, Micro 4/3 really does seem to have it right: the sensor is big enough, but not too big; small enough, but not too small. The cameras are right-sized, the lenses are right-sized. Everything’s in balance. Everything fits.

Since one of the main reasons for going mirrorless is compactness, perhaps APS-C sensors should be left to larger DSLR-sized cameras like the Sony A77 (which has been getting some glowing reviews, by the way).

Micro 4/3 is the Big Kahuna [The Online Photographer]