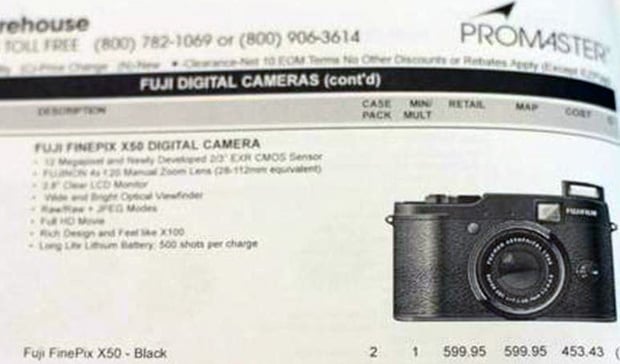 On Monday we reported that Fujifilm is planning to release a smaller and cheaper version of the popular X100 called the X50. The photo here shows the camera listed in a Promaster catalog, spotted by a person over on the Something Awful forums. The $600 12MP camera is shown to have a fixed f/2 28-112mm (35mm equivalent) manual lens and a “wide and bright optical viewfinder”.

Here’s a side-by-side comparison with the X100:

Here’s another supposedly leaked (but pretty clearly fake) photo of the camera that’s been making the rounds on various blogs in the past couple days: 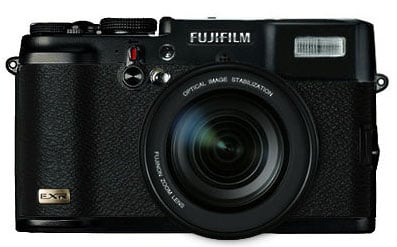 It was first published over on a Japanese blog, and blogs that republished it as a “leaked photo” didn’t do their homework — the same body was used in other mockups on the blog in earlier posts. A closer examination shows that it’s simply an official photo of the X100 with the flash moved over to where the viewfinder should be.

On the other hand, the Promaster image of the X50 appears to be legitimate. What do you think of the design?